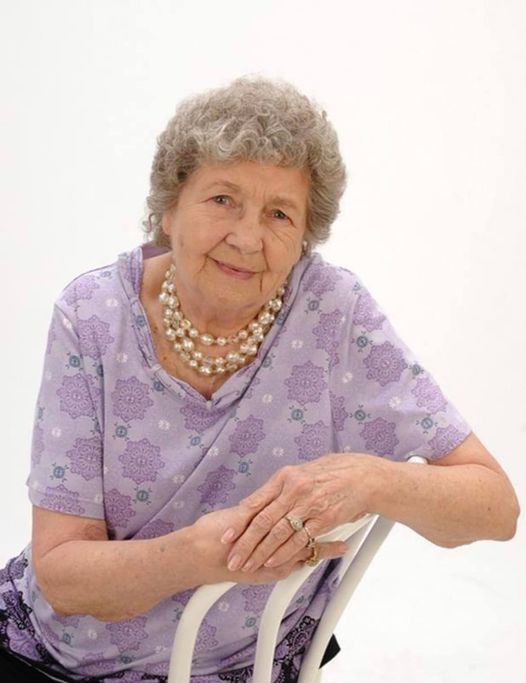 Barbara Born Carter, 88, our beloved “Mother, Momma, Sister Barbara, Aunt Barbara, Granny, GG, Miz Carter, Mother Carter” of Lawrenceville, formerly of Brookhaven, GA passed on to her Heavenly home on Wednesday, April 20, 2022. Barbara was born February 15, 1934 in Atlanta, GA. and raised in Bolton and Brookhaven. Barbara was a lifelong resident of the Atlanta, GA area. She graduated from O’Keefe High School. Then, Barbara met and married Vernon E. Carter. Barbara began a full time career which ended in her retirement from the insurance industry. They had two children, Carl and Cheryl.

During that time, she managed to stay involved in both her children’s activities – athletics, Church, and school. Barbara was very passionate about supporting her children’s activities. Barbara also made sure to become involved in the school’s PTA. “My wife…” as Vernon often referred to Barbara, was regularly seen in the bleachers while she attended Vernon’s softball games where he played for Charlie’s Trading Post as a first baseman for many years.

Needless to say, Barbara always put her family first before herself. During Carl and Cheryl’s high school years, she was known as “Miz Carter”, “Momma Carter” by many teenagers as she mentored and provided dinner for the masses if they showed up at suppertime (Think “Ma and Pa Kettle”!). Some of the kids – because of different family situations – found themselves in need of a place to live while in high school. “Mother Carter” obliged and treated them like her own.

After retiring from the insurance industry, Barbara went to work for the Gwinnett County school system working as a school bus monitor for several years. Barbara always exhibited a desire to help kids and pursued this passion throughout her life. Her big heart touched many and those “kids” – some now in their senior years – have never forgotten her display of love, patience, kindness and giving. Barbara Born Carter was predeceased by her husband, Vernon, her sister, Brenda Bailey and is survived by her two children, Carl Carter and wife, Barb, Cheryl Kilgore and husband, Leonard, two sisters – Trudy Faith and husband, Richard, Diane Mitchell and Brenda Bailey’s husband, Jimmy, as well as several loving nieces and nephews, three grandchildren – Shannon and husband, J.R., Sean and wife, Stephanie, Jason and wife, Clair, and eight great-grandchildren – Connor, Parker, Chase, Chloe, Annabel, Sebastian of the Finn family, and Regan and Jameson Carter.

A “Celebration of Life” service will take place at Wages and Sons Funeral Home, 1031 Lawrenceville Highway, Lawrenceville, GA 30046 on Saturday, April 30, 2022. The visitation will begin at 1:00pm – 2:00pm followed by the service which begins at 2:00pm in the Chapel. There will be a reception immediately following the service in the Reception Hall.