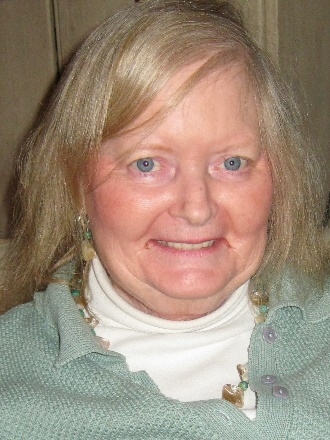 Barbara Leigh Nolting Jennings Passed away July 19, 2018, in Atlanta Georgia, age 70. Born September 1, 1947, in Galveston Texas, she grew up in Bastrop and Houston TX, Atlanta, Newark NJ, East Lansing MI, and back to Atlanta, later moving to Brattleboro VT with her first husband, then returning to Conyers GA. She was a 1979 graduate of Marlboro College in Vermont. She became known for her artistic talents, handcrafting necklaces in a joint project depicting “Music in Beads” with her mother, pianist Betty Nolting. She also decorated folk-art eggs, one of which was chosen to represent Georgia for Easter 1998 at the White House, as featured in a story in the Atlanta Journal-Constitution. Later in life she took up painting, a favorite subject being birds. A high point in her life was her marriage to Shirl Jennings, who had been blind from childhood and whom Barb encouraged to have an operation which restored his vision temporarily--but he was unable to see as sighted people do. After a call from her father, Rev. Fred Nolting, to Dr. Oliver Sacks, they ultimately became the subject of a story by him, “To See and Not See,“ which appeared in the May 1993 New Yorker. In 1999 the movie At First Sight was made about them, starring Val Kilmer and Mira Sorvino. Barbara and Shirl met with them during the making of the film and were invited along with her parents to Hollywood for the premier. Later, a book was published about them, At First Sight, The Shirl Jennings Story, as told by Barb to Margery Phelps. She was predeceased by her parents, Betty and Fred Nolting, and by her husband, Shirl Jennings. She is survived by her brothers, William Nolting (and Donna Parmelee) of Ypsilanti MI, James Nolting of Sugar Hill GA, Lawrence (and Barbara) Nolting of Woodstock GA, John (and Alison) Nolting of Belmont NC, and her nephews, Eric (and Alecia) Nolting of Apex NC and Alan Nolting of Belmont NC, and her first husband, Wayne Randall of Brattleboro VT. And a very special thank you to her caregiver Phyllisia Jackson Irshad of Atlanta A memorial service will be held Saturday, July 28, at 11:00 AM, at Cross Point Christian Church, 4550 Georgia Hwy 20 S.E., Conyers GA 30013. Donations may be made to the church in lieu of flowers