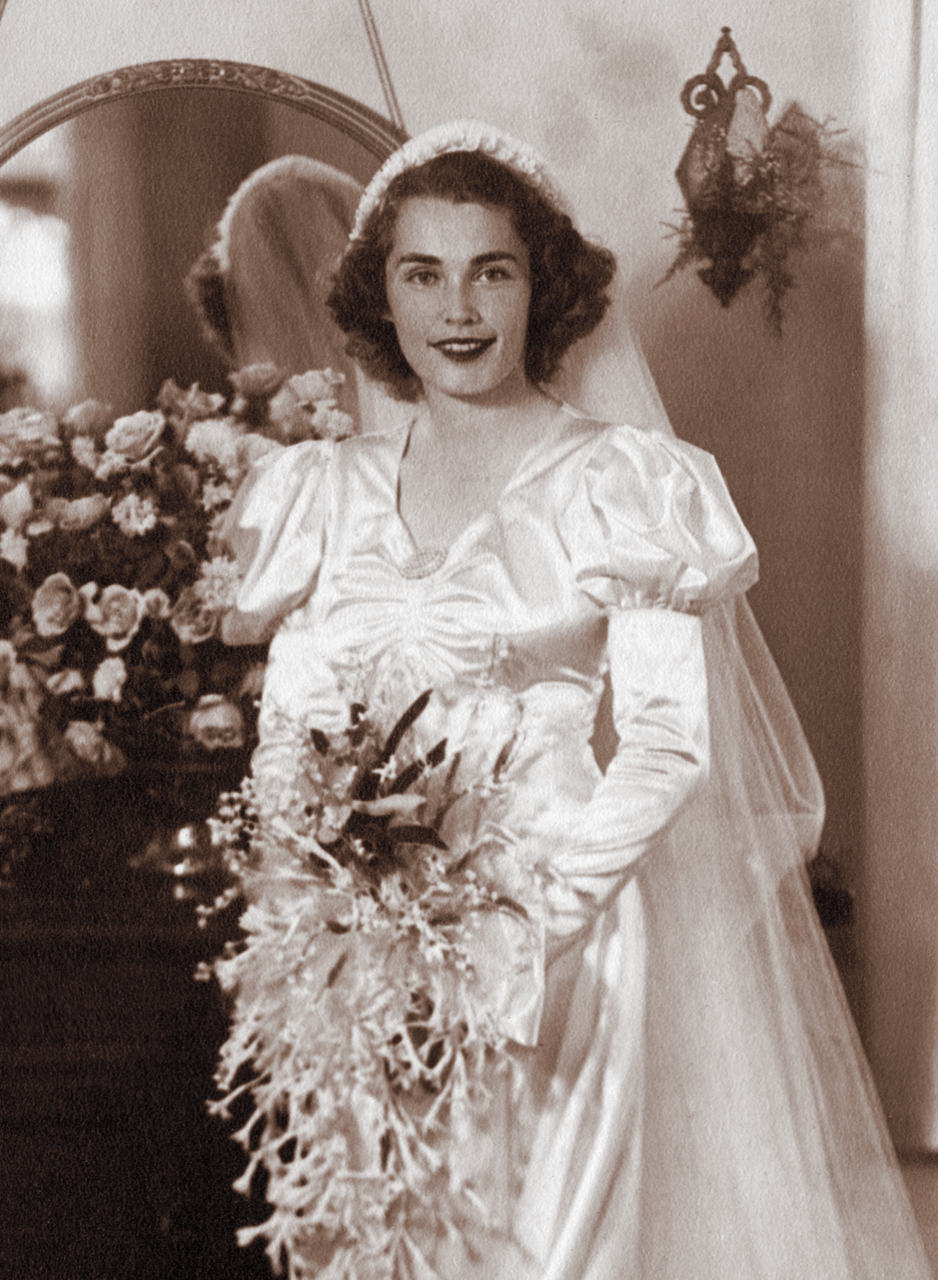 Caroline Postelle Clotfelter, 100, a longtime resident of Atlanta who took up a second career as an economist in middle age, died in Atlanta on December 8.

Caroline grew up in Birmingham, where she learned to sew and play golf. At age 16, she enrolled at Birmingham-Southern College. After graduating, she married James Hodson Clotfelter in 1940. They were apart when James served in the Army during World War II. After the war the couple moved to Atlanta, where they raised three boys, Jim, Charlie, and Tom.

Throughout the years, Caroline’s energy, creativity, and sense of whimsy found expression in dozens of home-sewn outfits, trick-the-eye paintings on walls throughout her house, songs for school and scout musicals, giant paper-mache ice cream cones, letters to grandchildren in backwards script, and hand-made furniture from her woodworking shop.

When her youngest son Tom entered high school, Caroline returned to school herself, earning a master’s degree in economics from Georgia State University in 1969 and later a PhD in economics at the University of Alabama at Tuscaloosa in 1973.

This training launched her second career, which led her to teaching positions at Samford University, the University of Alabama at Birmingham, Oglethorpe University, and Mercer University in Atlanta.
In 1996, Caroline published what remains a unique book, an anthology of economic humor, On the Third Hand: Humor in the Dismal Science (University of Michigan Press). For more than a decade after its publication, the American Economic Association included at its annual meetings a session on economic humor in her honor.

Caroline brought her love of life and sense of humor into the classroom and beyond the university. In 2001 she was cited in an Atlanta Journal article about offbeat economic indicators: “Clotfelter, who takes a three-mile walk daily near the Capital City Golf Course in Brookhaven, has a strange theory of her own, which she calls the golf ball inflation rule. It holds that when golfers hunt for lost balls, it means inflation is heating up – a bad sign for stocks.”

No memorial service has been planned at this time.