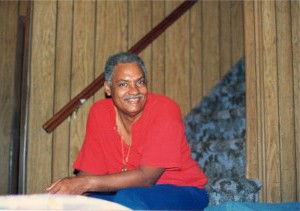 Cleveland Alfonso Piggott, age 80, died on Saturday, January 18, 2014, in Lawrenceville, Georgia. He was born in Panama City, Panama, on April 20, 1933, to Cleveland and Isabel. He met the love of his life, Vilma Anita Neblett, one fine evening in June and by the next February they were married and began a lifelong, loving relationship, lasting for 53 years. Together they had four children, Gregorio, Monica, Cleveland and Guillermo. He brought his family to the United States in 1987, settling first in New York City and later moving to Atlanta, Georgia.
Cleveland was always a happy contented man, loving husband, great dad and solid provider who enjoyed simple quiet pleasures. His beloved Vilma and family describe him as soft spoken, gentle, good natured, caring and loving. Although family was his first priority, his kindness and generosity extended well beyond his family. He respected others and was highly respected and admired. Simply said, "to have known him is to have loved him". His humility, integrity, and hard work continue to inspire those who knew him.

He worked as an Accountant throughout his working life, having worked for the Panama Canal while in Panama and Motorola after relocating to the States. His interests were varied but he really enjoyed music. He attended Calvary Baptist Church where he faithfully served as a church deacon. His lifetime of dedication and self-sacrifice serve as a monument to the exemplary man he was.

Cleveland Alfonso Piggott will be greatly missed. We will miss a great husband, father and friend. He is survived by his wife, Vilma; children, Gregorio A. Piggott, Monica A. Piggott-Jarvis (spouse Anselmo E. Jarvis); Cleveland A. Piggott (spouse Sandra Piggott); and Guillermo A. Piggott (spouse Zahra A. Piggott); grandchildren, Cleveland A. Piggott, Akil A.Piggott, Isabella A. Piggott and Kadin M. Piggott. He is also survived by his brothers, George Piggott (spouse Mava Burkett Piggott) and Carlos Enrique Piggott Langly (spouse Gwendolyn Weeks De Piggott). His wisdom and love will continue to guide us throughout our lives.
In lieu of flowers, the family requests that donations be made, in memory of Cleveland, t0: Alzheimer's Association, Georgia Chapter 1925 Century Blvd., NE Suite 10 Atlanta, GA  30345-3315