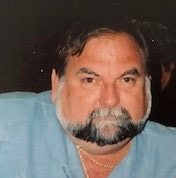 Gary Everette Dennis, 66, of Lawrenceville, Georgia, passed away on October 9, 2020. Gary is originally from Roanoke, Virginia, but has lived in Georgia for the past 35 years.

Gary never met a stranger, a talker he was. The stories he could tell! Gary also loved watching Andy Griffith.

A Memorial Service will be held at a later date.