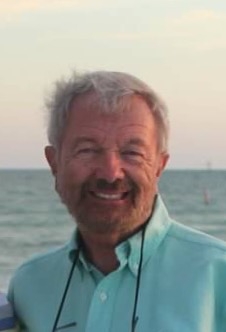 Mr. James Luetkemeyer, 76, was a loving husband and father.  He had recently moved from Sarasota, Florida to Buford, Georgia to be closer to family. Jim was born in Cleveland, Ohio on February 11, 1940.  He was a graduate of Euclid High School and worked for the Xerox Corporation until a heart attack at 39 years old put him on disability.  He was predeceased by his parents, Henry and Wilma Luetkemeyer.  He is survived by his beloved wife, Jackie, and his three daughters:  Jill (Kevin) Sessions, Jane (Jeff) Botz, and Jennifer (Rich) Nicely.  He also had six wonderful grandchildren:  Eliza Jane and Sam Sessions; Victoria and Henry Botz; and Jessica and Ryan Nicely. Jim was a dog whisperer and never was without his most recent furry companion, Skipper, a standard poodle.  He loved anything to do with boats and the water especially the warm waters of the Gulf of Mexico.  He could fix anything electrical or mechanical and never read the instructions.  Jim travelled the world with his father when he was younger and encouraged his daughters to learn by experience.  He will be missed by all those he has helped along the way as he never met a stranger and was a staunch friend. A private gathering will be held at a later date for his immediate family.  In lieu of flowers, the family requests memorials may be made in his memory to the American Heart Association or the Marcus Stroke and Neuroscience Center, Grady Health Foundation 191 Peachtree Street NE, Suite 820, Atlanta, GA  30303.