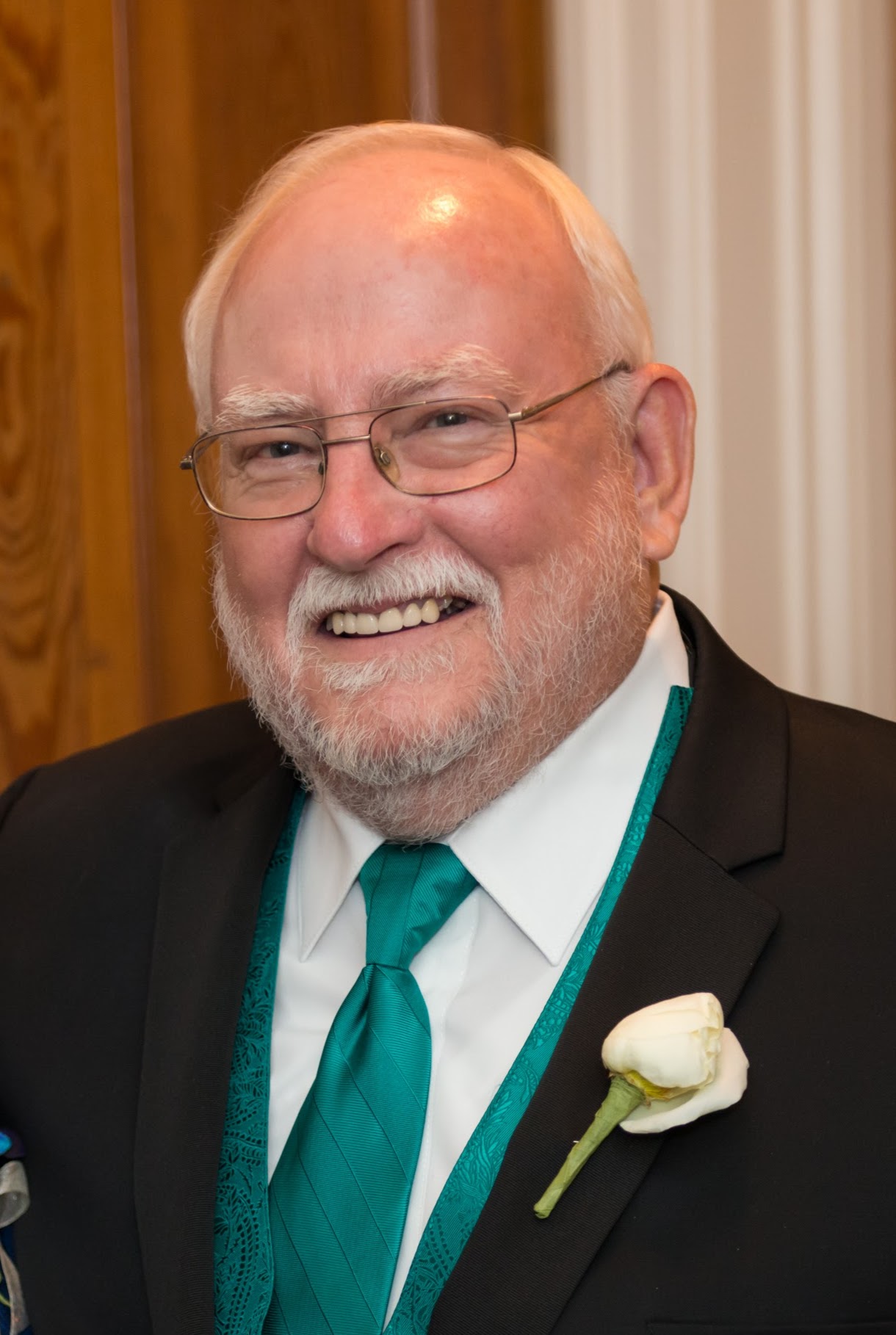 James Larry Lutz of Tucker, GA went on to receive his eternal reward on Thursday August 15th. Fondly remembered as Larry “The Legend” Lutz, he was preceded in death by his parents, John Boyd Lutz and Edith Margie Harrison Lutz. Larry was a true native of Atlanta, born on July 27th, 1948 at Crawford Long Hospital. Except for a few years in his youth when his family lived in Ft. Thomas, KY, he lived his entire life in the Atlanta area. After graduating from Georgia Tech with a degree in Industrial Management in 1970, Larry attended the prestigious McDonald’s Hamburger University in Chicago, receiving the Archie Award for Outstanding Achievement. He worked for McDonald’s helping restaurants transition from corporate owned to franchise owned. He soon decided that he was not built for the corporate world, and left to work at Dorsey Labs as a pharmaceutical sales rep. In 1977, through a series of coincidences, he wound up managing Lilburn Tire & Auto Service for a high school friend. Within a year he would be the owner, and continued as owner and manager for nearly 40 years when he sold the business to a long-time employee. He remained as a part-time employee until early 2019. Larry was known for being a fair, honest, and giving business owner which endeared him to customers from all walks of life. He decorated the walls of his tire shop with pictures from his excursions all over the world. He was an avid scuba diver and was never one to shy away from a great adventure of any kind. In his later years, he enjoyed playing golf and working in the yard, as well as serving First Baptist Church of Tucker as a Deacon, Church Moderator, Instructional Lead teacher for the Randolph Special Education Department, as well as serving on various other committees. Larry was beloved by his family who will dearly miss his jolly demeanor, quick wit, wisdom, and unparalleled story-telling ability. He was quick with a laugh and seemed to always have a turn-of-phrase on hand to sum up a situation. He was aptly described by a close friend as “...solid as a rock, but the gentlest rock you ever met.” He is survived by his wife of 48 years, Gail Blalock Lutz, brother; William Ronald Lutz (Mary Beth) of Eatonton, GA, two sons; James Larry Lutz Jr. (Mary Helen) of Atlanta, GA and Terry Michael Lutz (Courtney) of Peachtree Corners, GA, three grand-children; Addison Colleen Lutz and Tinsley Elizabeth Lutz (daughters of Jay and Mary Helen) and William Conrad Lutz ( son of Terry and Courtney), niece, Caitlin Elizabeth Lutz, as well as mother-in-law Bonnie Dillard of Flowery Branch, GA and brothers-in-law Reid Blalock of Flowery Branch, GA and Dennis Blalock (Docia) of Winslow, AZ in addition to many dear extended family members and friends. A Memorial Service will be held Saturday, August 24th at 2 pm in the sanctuary of First Baptist Church of Tucker. The family will receive visitors in the Gathering Room in the hour preceding. A reception will be held after the service in the Fellowship Hall. In lieu of flowers please make donations in his name to the Randolph Special Education Department of First Baptist Church of Tucker or to The Developmental Disabilities Ministry LEEP Fund at 6320 Amherst Court, Norcross, GA 30092.