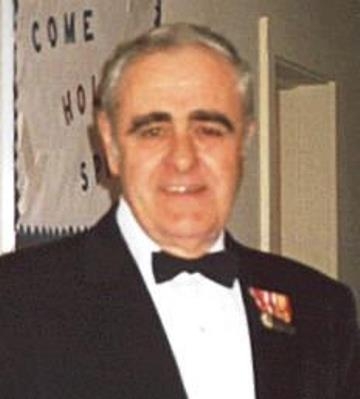 James Robert Nehez, Jr. (Jim, Lefty) passed away quietly at his home in Suwanee, GA on September 21, 2016. Jim is predeceased by his wife of 48 years, Harriett Jane (nee Cunningham). He is survived by his three children, James Nehez, III, Michael Nehez, and Jody Sills, seven grandchildren, and one great-grandson. Jim was born October 29, 1927 in Wallingford, CT. Upon High School graduation he enlisted in the US Navy. He was appointed to the Naval Academy from the fleet, graduating in 1951. He served his Country for 28 distinguished years retiring as Supply Officer Marine Corps Air Bases East and Supply Officer Marine Corps Air Station, Cherry Point, NC. Upon retirement from the Navy he joined General Binding Corporation as Southeast Distribution Manager in Atlanta, GA. He loved his family, golf, skiing, baseball, and woodworking. A Memorial Service will be held at Discovery Village Sugarloaf, 1220 Satellite Blvd NW, Suwanee, GA at 3:30 PM on Saturday, September 24, 2016. Interment will take place at a later date at the U.S. Naval Academy, Annapolis, MD. In lieu of flowers, charitable donations may be made to the American Lung Association on-line or to the charity of your choice.