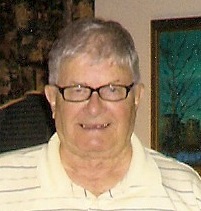 John Donald Bower, age 85, of Lawrenceville, GA passed away Monday, June 2, 2014.John was born in Bridgewater, Iowa, and graduated from Bridgewater High in 1947. Living in Des Moines, Iowa, John was in the Iowa National Guard. He went into the Building Trades as a Sheet Metal Worker in 1950, and retired as a Business Agent for Local 45 in 1989. He married Madelyn Hart in 1953. He and his wife Madelyn moved to Lawrenceville, Ga. in 1995. He lived for his family, enjoying many trips to Iowa to visit relatives and family, and many camping and sightseeing trips to Montana. He was a Great dad and Grandpa! He was preceded in death by his parents LeRoy and Alice Bower, brothers Bill and Dean Bower. He is survived by his sons and daughters, Mike (Jane) Bower, Bluegrass, Iowa, Joe (Laurie) Bower, Helena, Mt., Mary Jo McGee, Suwannee, Ga., Katie Johnston, Woodstock, Ga., 8 grandkids, numerous brothers, sisters, relatives, and many friends. We will miss you Dad. Funeral Services will be held Saturday June 7, 2014 at 10:00 A.M. at Wages & Sons Gwinnett Chapel with Father Fred Wendell serving as celebrant. The Family will receive friends Friday from 6:00 until 8:00 pm at Wages & Sons Gwinnett Chapel.