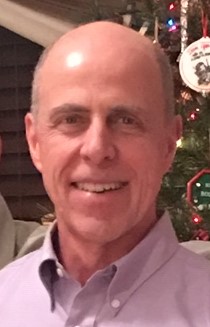 Joseph Christopher Belan was born to Thomas and Ruth Belan in the winter of 1950.  The proud son of a steel mill worker from western Pennsylvania, Joe lived true – true to his Faith, his family, and to his word.  He had a generous spirit, shoulders broader than the Ohio River, and perfect calloused hands he came by honestly.  Joe was a man of undeniable and unshakeable integrity.  In nearly 69 years he never asked for anything he hadn’t earned, and he never took the easy way out, except when his stoic-strength and blue-collar roots made it too hard to talk about his feelings.  He was a private man, but he was easy to know, because no part of him was less than genuine, and his kindness extended, in equal measure, to friends, acquaintances, and strangers.

When he was nineteen-years-old, Joe met his love, Linda Jean Michewicz, who he would marry and to whom he was devoted and faithful for 48 years and 16 days.  He served honorably in the U.S. Navy from 1970 to 1976, and, thereafter, he made his career in the heating and air conditioning industry.  Together with Linda, he raised a family that adored him and will miss him beyond measure, and he led by example until his last breath.  Joe passed away on November 28, 2019, and though an unrelenting disease had robbed his body of strength, he died unbroken and full of love.

The Mass of Christian burial will be held at 11:00 a.m. on Tuesday, December 3 at St. Lawrence Catholic Church, 319 Grayson Highway, Lawrenceville, GA 30046.

In lieu of flowers contributions may be made to Saint Jude’s Children Hospital.