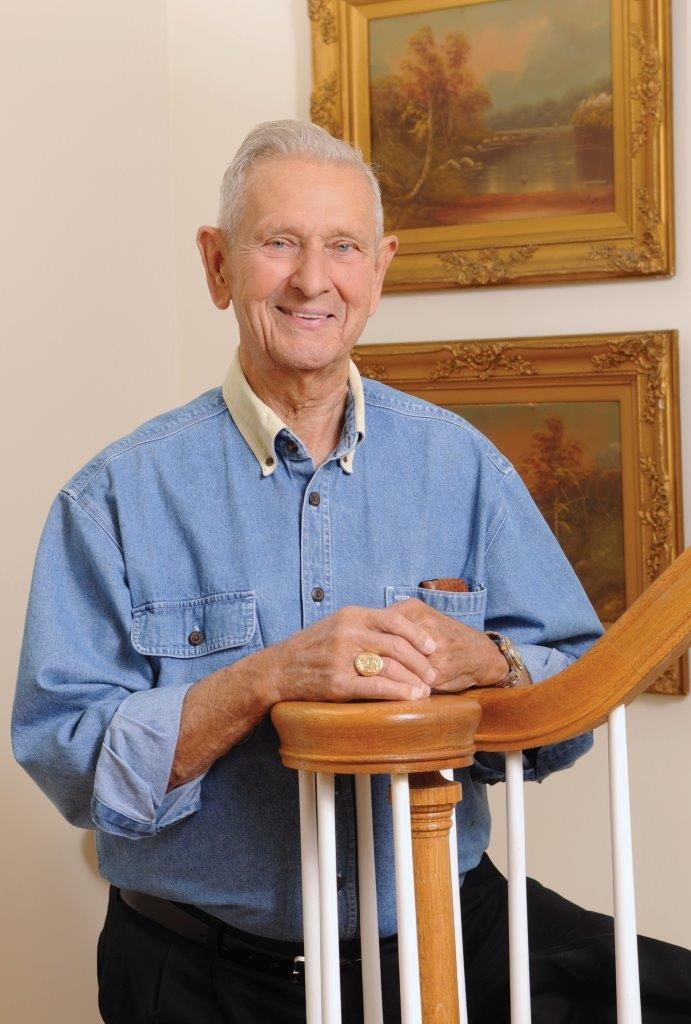 Joseph Shafer age 87, of Lawrenceville, Georgia, passed away peacefully surrounded by his friends on June 3, 2016. He was preceded in death in 2008 by his loving wife, Dorothy Brannan Shafer. He is survived by many loving friends and four sisters-in-law, Polly Brannan Judd, Jeanne Brannan Paglee, Nellie Carol Brannan, Malinda Brannan and their families and countless people and organizations that he helped during his lifetime. He was born to Joseph Ernest and Willie Young Shafer in Lilburn, Georgia and graduated from school there. He began working at Sears, Roebuck and Co. in Atlanta in 1945 and retired 43 years later as Warehouse Manager. He was a Master Mason for over 60 years and Shriner for 50. He served on the board of Gwinnett Hospital Authority for 12 years, continued volunteering and now has left the largest single gift ever received to the Gwinnett Medical Center Foundation in honor of his wife Dottie. With her he also established the J. Floyd and Eunice Brannan Scholarship fund, which supports college scholarships for graduates of Gwinnett County Public Schools. He was a member of the First Baptist Church of Lawrenceville. He was also known for the beautiful gardens he established in his yards in Lilburn and Lawrenceville and he was generous with the fruit of the harvest. He loved life and helping people and his legacy will live on through his charitable gifts. The service celebrating the life of Joe Shafer will be held on Tuesday, June 7, 2016 at 1:00 P.M. at Wages and Sons Funeral Home, Gwinnett Chapel, 1031 Lawrenceville Highway, Lawrenceville. Interment will be held in the First Baptist Church of Lilburn Cemetery. The visitation will be held on Monday, June 6, 2016 from 3:00 P.M. to 7:00 P.M. at the Wages and Sons Funeral Home. According to Joe's wishes, in lieu of flowers, donations can be made to Greater Atlanta Telangana Society, 454 Satellite Blvd. #300, Suwanee, GA 30024, that supports health and education related activities in India. Joe was a great guy and he will be terribly missed by many.