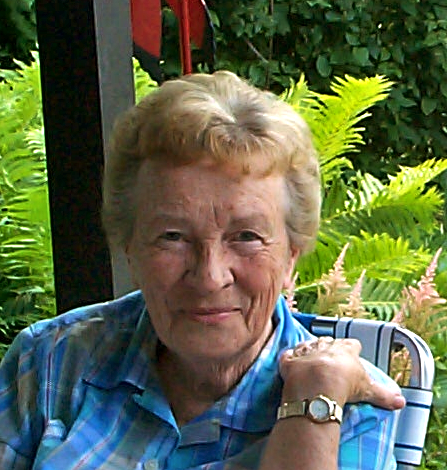 Lois M. Coleman, 94, of Lilburn, GA, and formerly Manlius, NY, passed away at her residence at Sunrise at Five Forks in Lilburn on Wednesday, September 14, 2016, after a brief illness. Lois is survived by her daughters and their husbands Sydney A. Coleman and Dudley Larus of Stone Mountain, GA, and Elizabeth Coleman Brooks and William Brooks of Cumming, GA; her sister-in-law Barbara Martin of Lowville, NY; her daughter-in-law Carmen S. Coleman of Buffalo, NY; and many nieces, nephews, and extended family and friends. She was predeceased by her husband Paul G. Coleman, of Manlius, NY; her son Bruce M. Coleman of Buffalo, NY; and her brother Frederick J. Martin of Lowville, NY. Lois was born on April 4, 1922, in Lowville, NY, the daughter of M. Jeannette Meyer Martin and Joseph Martin. She graduated from Lowville Academy in 1939, and then received her four-year nursing degree in 1943 from the University Hospital of the Good Shepherd School of Nursing in Syracuse, NY. She then began her nursing career as a surgical assistant at the Hospital of the Good Shepherd. It was there that one of her post-surgical patients, Paul Coleman, the Timekeeper radio host for WSYR, was entertaining listeners by broadcasting live from his hospital bed. That chance meeting led to romance and then marriage on December 27, 1945, at the First Baptist Church in Syracuse. Lois and Paul were happily married for 55 years. Lois took time off from her nursing career to raise their three children, and then returned to nursing in the early 1960s, in geriatrics. She retired at the age of 67 as director of nursing at Hill Haven Nursing Home in Dewitt, NY. She was a member of the United Church of Fayetteville, and in her retirement was an active volunteer at the Manlius Senior Centre. In 2014, she moved from Manlius to the Atlanta area to be near her daughters. Lois was a devoted wife and mother and enjoyed spending time with her family and friends. She also took pleasure in traveling and spending winters at the beach in Florida, where she and her husband kept in touch with many long-time friends. Lois was an avid gardener who had beautiful lilacs and perennial gardens, and she enjoyed taking walks and being outdoors. She was a life-long reader and learner, and had a special interest in New York state history and the Erie Canal. She will be deeply missed by her family and dear friends. The family extends its gratitude to Lois's caregivers at Sunrise at Five Forks and Agape Hospice Care for their kindness and compassion. A memorial service will be held at a later time. Donations may be made in Lois's memory to the Manlius Senior Centre, 1 Arkie Albanese Avenue, Manlius, NY, 13104 (or at https://www.manliusseniors.org). Condolences may be made online at www.wagesandsonsfuneral.com.