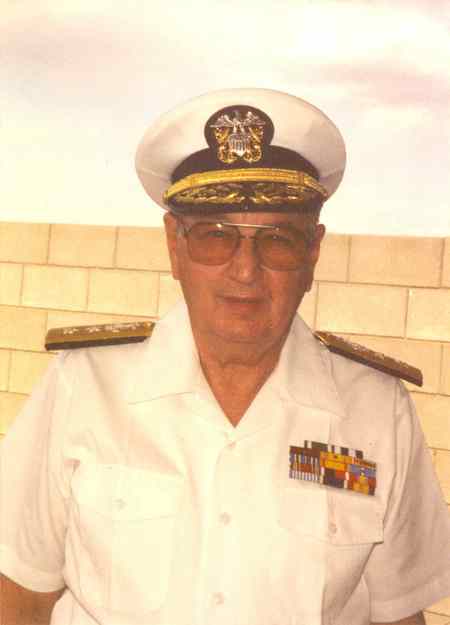 Rear Admiral Arthur John Morsch, Jr., USN, age 89, died Tuesday, February 22, 2011. He was born July 8, 1921 in Wurtsboro, New York to Arthur John, Sr. and Minnie Morsch. He graduated from Wurtsboro High School at 16 and joined the Navy in 1937. Despite his enthusiasm, the Navy sent him home until he reached his 17th birthday. He was assigned aboard the USS New Orleans and was in port at the U.S. Naval Station at Pearl Harbor during the attack on December 7, 1941. Aboard the USS New Orleans, he participated in the Battles of Coral Sea, Midway, Eastern Solomons, and Tassafaronga. RADM Morsch retired from the Navy after 20 years of service and continued to serve his country by serving in the Federal Court System for the next 20 years, retiring as a Federal Magistrate. Justifiably proud of his service, he remained an active lifetime member of the Pearl Harbor Survivors Association. He became a Mason in his 30's and was a Past Master twice during his lifetime. He is survived by his wife of 62 years, Catherine; daughters & sons-in-law: Donna & Jim Slatten of Suwanee, GA, Pamela & Dennis Thun of Suwanee, GA, and Valerie & Mike Kalsched of Cave Creek, AZ; grandchildren: Julie Slatten Cota & Cody Slatten, William Freitag, Travis, Jamie, Jason Thun & Megan Thun Smith; great-grandchildren: Jacob & Jackson Thun and Marissa Freitag. The Patriot Guard will stand watch during services to be held on Sunday, February 27, 2011 at Wages and Sons Gwinnett Chapel. The family will receive friends starting at 1:30 p.m. and the memorial service will begin at 2:30 p.m. In lieu of flowers, contributions can be made to the Wounded Warrior Project at www.woundedwarriorproject.org in Memory of Arthur John Morsch, Jr. with acknowledgements to: . Wages and Sons Gwinnett Chapel, 1031 Lawrenceville Hwy., Lawrenceville, GA 770-277-4550.