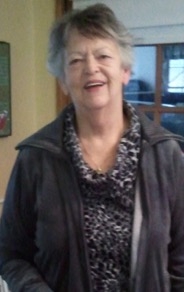 Annette Butler Alessandrone (Miss. Jones), 77, formerly of Covington, GA, passed away on September 26, 2015 after a long and courageous battle with Alzheimer’s disease. She was the daughter of the late Roy and Sarah Bowman, Stone Mountain. A native of Stone Mountain, she lived and raised her family there. In the early 1990’s she moved to Covington for easier job access as an administrative assistant at Ford Motor Company, McDonough. Annette was proud to have worked for Ford Tractor and Ford Motor Company for thirty years before retiring. Throughout her life her favorite hobbies included: softball (she was an awesome hind-catcher), cooking (she made a mean country-fried steak and gravy), and collecting unique knick-knacks (even participating in the Beanie Babies craze). In her retirement, she thoroughly enjoyed traveling and RV camping. Her favorite camping spot was St. George Island State Park in Florida, where she served as the volunteer campground hostess for many years. Annette was a loyal mother and fun-loving friend and made a special impact on every one she met. She loved her family dearly and was blessed with a multitude of friends. Her first husband, Douglas Stewart Butler, as well as her second husband, Ernest A. Alessandrone, preceded her in death. Survivors include her brother, Harold Bowman; her three sons, Scott, David, and Spence Butler; her four stepchildren, as well as her eight grandchildren and two great-grandchildren. Visitation will be Saturday, October 3rd at 2:00 pm with memorial services starting at 3:00 pm at Wages & Sons Funeral Home, 1040 Main Street, Stone Mountain, Ga. 30086, with interment at Floral Hills Memorial Gardens, Tucker, Ga. There will be a reception to follow at First Baptist Church of Stone Mountain, 5391 Mimosa Drive, in the fellowship hall. In lieu of flowers, you may consider a gift in memory of Annette to the Alzheimer’s Association, www.alz.org .