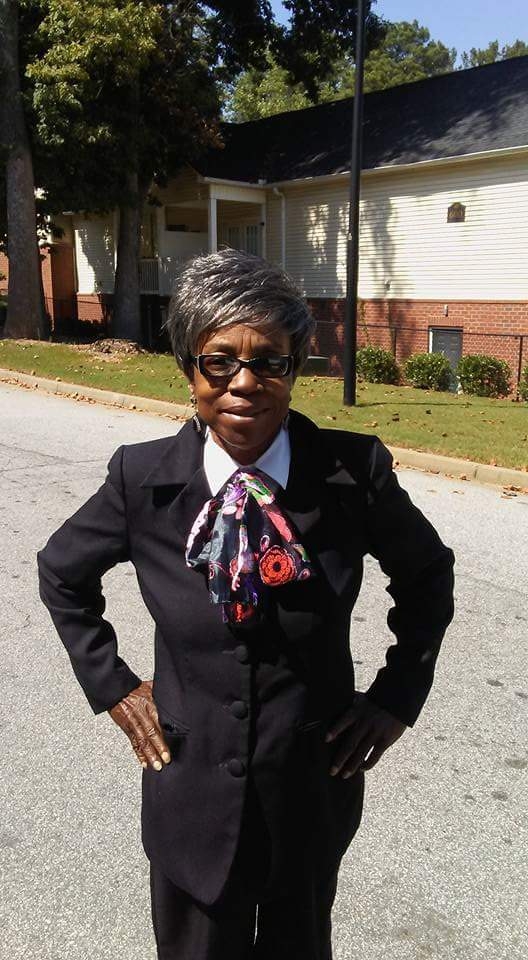 Peggy Jean Tuck, 70, of Atlanta, GA went to be with our Heavenly Father on Tuesday September 29th. She was born in Gadsden Alabama April 18th 1946 to the late Willie and Gladys Tuck. Peggy graduated from John Haye High School in 1965. She went on to Cuyahoga Community College to earn a degree in Business Administration. Peggy accepted the Lord at the early age of 13 years old. She spent a lot of her time in the church, studying, and reading her Bible. She is an ordained minister and preached her 1st sermon on Sunday September 25, 2016. She also would pray, lookout, and check on her neighbors no matter where she lived. Peggy never met a stranger. She also believed life was worth living and you should enjoy it to the fullest. Peggy is survived by her sister Gloria Thompson (William), brother Frank Tuck (Marjorie), nieces Selina Thompson Gunter (Marlon), Tracey Thompson Koen (William). nephew Joseph Thompson III, great nieces Skyler Thompson, Cierra Koen, great nephews William Koen III, and Jordan Thompson, her Aunt Ann Teasley and a host of cousins. She will be greatly missed by her (Goddaughters) Kedria Davis, Lori Ray and (Godson) Kenneth Ray II, her best friend(s) Nadine Dykes, Deloris Keys, Etna Griffin, and the entire Ray family.