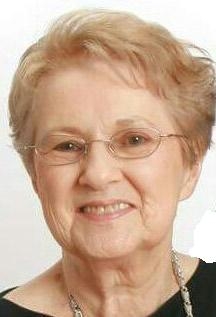 Phyllis C. Johnson (Hunt), age 82, of Lawrenceville, GA., passed away at her home in Lawrenceville surrounded by family on Thursday, January 22, 2015. She was born in Burlington, VT in 1933. She was the cherished wife of the late Robert F. Johnson. She was the daughter of the late Winton S. and Lillian G. (Parker) Hunt. She is preceded in death by her daughter, Deborah Brelinsky; brother, Richard Hunt; and sister, Valerie Matthew. She is survived by her daughter, Laurie Tamalone and her husband Michael of South Carolina; son-in-law, Bill Brelinsky; son, Bob Johnson and wife Deborah of New Jersey; daughter, Karen Fitzpatrick and husband Tom of New Jersey; son, Keith Johnson and wife Michele of Florida; sisters-in-law, Shirley Johnson, Mary Johnson and Marcia Hunt; brother-in-law, Father Ted Johnson; grandchildren, Jennifer, Michael, Bryan, Jana and late Allyson, Kaitlynn, Ashley, Christina, Thomas, Troy, and Trent; great grandchildren, Jack, Owen, Maleah and Adalyn. Many nieces, nephews, and friends also survive. Phyllis was a devoted wife, mother, grandmother and friend. She derived her greatest pleasure from her family and her home. Phyllis loved movies, music and entertaining family. Known as the “energizer bunny”, Phyllis was happiest when helping and supporting all of those around her. Sensitive to the needs of others, Phyllis always put her family first. She touched many lives and these memories will last forever. A Funeral Mass will be held on Monday, January 26, 2015 at 11:00 A.M. Wages and Sons Gwinnett Chapel with Father Ted Johnson and Deacon Nick Johnson officiating. Family with receive friends and family on Sunday, January 25, 2015 from 2:00 P.M.-4:00 P.M. and from 6:00 P.M.-8:00 P.M. Wages and Sons Gwinnett Chapel, 1031 Lawrenceville Hwy., Lawrenceville, GA 30046. 770-277-4550. Online condolences can be made at www.wagesandsons.com