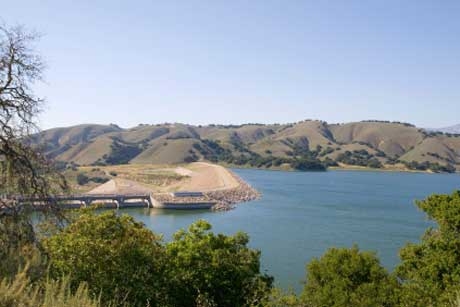 Richard Robinson, violinist and composer, died January 23, 2017 at the age of 93. Until suffering a stroke six months prior, Dick had been fully independent and working vigorously on his music—composing, performing, and collaborating with other artists and musicians. He is survived by nephews Russell and David Robinson, their families, and countless friends who love Dick like family. Dick was pre-deceased by his wife, the artist Lucy Stovall, his sister Mary Robinson, and his brother Russell Robinson. Born July 12, 1923 on the south side of Chicago, Dick was raised in one of its suburbs by his physician parents. His mother was an accomplished pianist who could have pursued a career in music. This remarkable woman, Anna (Isham) Robinson, graduated first in her class from the University of Chicago Medical School in 1916; the only female out of approximately 250 students. She married Russell Dean Robinson, an eminent surgeon, and together they opened a medical practice in Chicago. Dick’s maternal grandparents lived in walking distance of his family home, where he spent many weekends in conversation with his grandfather, who had written a book about he and his wife’s years as missionaries in India. Dick insisted on having a violin, the first time he heard it, as a young child. His father handed Dick a harmonica and told him, if he memorized and could play twelve songs well, he could have a violin. Twelve songs later, Dick earned his first violin, which eventually led to a career with the Atlanta Symphony Orchestra (ASO). Dick’s father passed away when Dick was twelve, following a fall from a roof. Dick retained loving childhood memories of singing with his father at the piano and, throughout his life, Dick kept those tunes close. Until he graduated from high school, Dick spent a large part of each summer at his family’s rustic cabin on Lake Gilmore, Wisconsin. His entire life, Dick returned to Lake Gilmore as often as possible, a primary source of inspiration. Dick spent many hours walking and sitting in the virgin woods surrounding the lake, watching and listening. “I was born in Lake Gilmore, swimming, diving and boating every summer,” he recalled. “The water, clouds, loon calls, soaring eagles, and silence developed my music. I was very lucky to have had that experience and have always tried to honor it in my work and life.” Having earned Master’s degrees in Composition and Violin at Chicago’s American Conservatory, he moved to Atlanta in 1951 to play with the ASO. Throughout his 35-year career, with the orchestra, Dick composed music. “It was just something I HAD to do,” said Dick. “I had no choice.” When Robert Shaw was the conductor, he gave Dick summers off to compose. In 1987, Dick retired early from the ASO, to compose full-time. Although he composed beautifully for piano and violin, Dick was compelled to experiment with sounds that could not be produced by traditional instruments. He was an electronic-music pioneer, decades before the advent of computer-music software, founding the Atlanta Electronic Music Center in 1965. When he needed a particular sound quality, Dick found a way to create it, often experimenting with changes in aural time and space. In the beginning, he made his own circuitry to be used with reel-to-reel tape and signal generators, and then made full use of each new development in electronic composition, from synthesizers to early computers. His electroacoustic compositions have been performed, throughout the US and Europe, and honored with numerous awards, including his piece “Ambience,” which won Dartmouth’s 1969 International Electronic Music Competition. He was the first composer to work with the Kyma programming language and his applications were instrumental in refining the sound-design environment, which remained Dick’s compositional platform of choice. A classically-trained composer, Dick’s compositions are precisely structured and notated. In creating music, he used innovative graphic and mathematical elements such as magic squares. In these arrhythmic pieces, many listeners, who have only experienced music as rhythm and melody, have the sense that every sound occurs in the right place—because it does. Conversely, Dick’s improvisations were freewheeling, often with other musicians, using a broad array of instruments. He was easily at home with these opposite approaches, naturally integrating them in his work. His compulsion to explore was not confined to any art medium. Dick’s immersion in visual arts helped develop his music, such as the work of Wassily Kandinsky, another innovator. Dick’s revolutionary compositions challenge listeners to rethink the function and nature of music. His musical legacy is significant, as is his personal legacy of humor, wisdom and kindness. Dick will be missed. He will be cherished. A memorial was held at the Soto Zen Center in Atlanta GA, on January 28, 2017