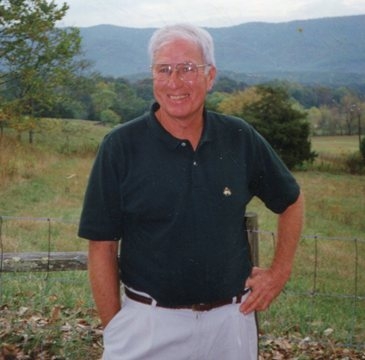 Richard Lee Miller (Dick) passed away May 11th, 2015 at the age of 81. Dick was born Dec. 1st, 1933 in the Shenandoah Valley in the town of Woodstock, Virginia. His father, Dr. Harold W. Miller was the town’s first doctor and with the help of Dick’s mother, Susan Brewbaker Miller, they started Woodstock’s first hospital in the 1930’s. The Cora Miller Memorial Hospital was named after Dick’s grandmother. This hospital was converted to the Susan B. Miller Nursing Home in the 1950’s in honor of his mother and continued to be operated by Dick’s family in Virginia until 1995. Dick’s family is mainly comprised of doctors, nurses, and ministers. Dick was the great athlete of the family and absolutely one of the funniest Millers to ever live. Dick Miller excelled in football, basketball and baseball in high school, but his dream was to play professional baseball. He signed with the Washington Senators right out of high school and played for the Senators throughout the 1950’s and broke into the majors at the age of 18. He would attend Roanoke College for one semester a year and play baseball each season for the Senators. In 1954, Dick volunteered to join the Korean War midway through his baseball career and spent 18 months overseas. After his discharge from the army he continued his baseball career and met the love of his life, Suzanne Gill of Wilson, NC, at the ballpark. They soon married and started a family. He hung up the cleats and went to work in sales for the Colgate-Palmolive Company. A job and company he absolutely loved. His picture hangs at Colgate-Palmolive’s World Headquarters in New York in the Colgate-Palmolive “Hall of Fame”. Dick & Suzanne lived in North Carolina and Florida before they moved to Dunwoody, Georgia in 1970. They became faithful members of Kingswood United Methodist Church and became involved in everything from little league sports at Murphy-Candler park; swim & tennis teams at Kingsley Swim & Racquet Club; Peachtree High School Football; University of Georgia Football and the Atlanta Braves. Dick will be remembered for his unbelievable sense of humor; his “life of the party” fun-loving ways; and his outgoing personality. He lived life to the fullest and was a wonderful son, brother, husband, father, and great friend to so many. This is a truly a deep loss for not just his family, but for all the wonderful people that he touched throughout his life. Dick Miller was preceded in death by his parents, and his oldest brother, Dr. Harold W. Miller, Jr. He is survived by his beloved wife, Suzanne Gill Miller; two daughters, Meg Miller & Lisa Britton; son and daughter-in-law, Rick & Stephanie Miller; and his two grandchildren, Brooke & Jake Miller; two brothers, Dr. Bob Miller & the Rev Dr. Gerald Miller; a sister, Kimery Shrum; and his step mother, Betty Lambert, who ran the Susan B. Miller nursing home for decades. Memorial Service to be held Saturday, June 6th at 2pm at Kingswood United Methodist Church, 5015 Tilly Mill Road, Dunwoody, Georgia 30338. Visitation with the family to follow the service in the Fellowship Hall at Kingswood. In lieu of flowers, please make contributions to Kingswood United Methodist Church in honor of Dick Miller or to the Robert S. Miller Memorial Fund at Cornerstone Christian Fellowship Church, 426 W. Gay Street, West Chester, PA 19380 in honor of the Rev. Dr. Robert S. Miller, Dick’s nephew who died of cancer on March 2nd, 2015 at the age of 57.