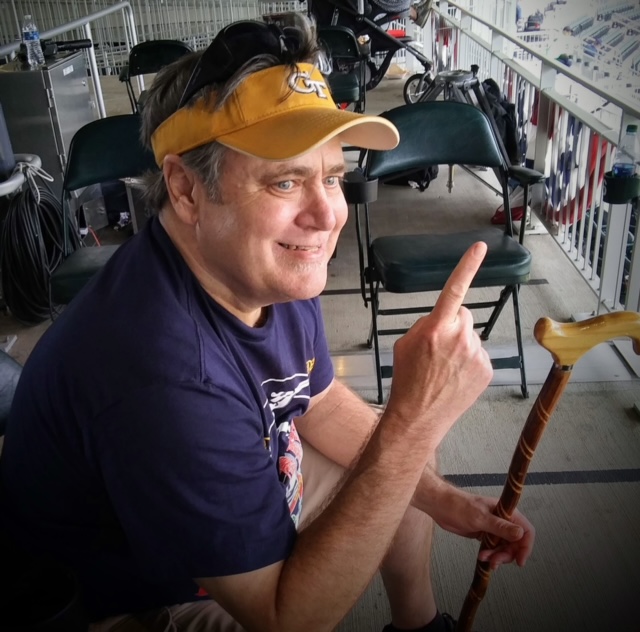 Roy Douglas “Doug” Martin  of Rutledge, GA, passed peacefully at Abbey Hospice in Social Circle,  GA on May 19, 2022.  Born at Crawford W. Long Hospital in Atlanta, GA, on January 27, 1955, he was the son of Roy Lee Martin and Sarah McAdams Martin. He was raised in Stone Mountain, GA, and attended Stone Mountain High School, where he graduated in 1973. He was a member of the Varsity Basketball team, Junior Varsity Baseball and Football teams, ran Cross Country, and was a member of the Key and Pep Clubs.  Doug was a sports writer for the Spotlight, the high school newspaper. He was voted Most Attractive by his classmates his senior year in high school . Following high school, he attended DeKalb Junior College in Clarkston, GA. He also attended Baptist College in Atlanta for a brief time, where he also played basketball.

Doug was a talented journalist and  enjoyed writing. In 2011, he interviewed Blackberry Smoke and wrote a feature article on the band in Hittin’ the Note magazine. In 2015, he wrote concert reviews of the Rutledge Summer Concert Series for the Morgan County Citizen.

He and his “lovely bride,”  Terry Yvonne Reeves, grew up together in Stone Mountain, attending the same church, high school and becoming lifelong friends. Following high school, they each pursued further education and/or careers, married others and had children; they would still remain close friends. Following a period of several years of not seeing each other while focusing on families and careers, they reconnected at a high school class reunion on June 26, 2010. Doug learned that Terry was single, approached her and said “I let you get away from me one time; I’m not going to let you get away again.”  The rest is history. They married on September 4th, 2010. They have four children between them (his two daughters, her two sons, four “theirs”), and seven grandchildren.

Doug was a longtime member of Mountain View Baptist Church in Stone Mountain, GA.  Following their move to Rutledge, GA, he and Terry became members of Rutledge United Methodist Church.

After stints as a plumber and member of the pit crew for Momo racing in the 1980s, Doug began a career with the United States Postal Service as a rural carrier. He retired after 21 years of service.

Doug was an avid sports fan and music lover. He was an Atlanta Braves season ticket holder for many years, and a Georgia Tech fan, though he was known to root for the Georgia Bulldogs, along with his wife and stepsons, who are Georgia fans, as long as they weren’t playing Georgia Tech.  He and Terry were vinyl record collectors. They own an extensive, eclectic collection of albums which they enjoy playing on vintage stereo equipment. Terry was in the music business, and he had the opportunity to get to know and become friends with many of his musical heroes, and travel all over the country to concerts and music festivals . They took regular beach vacations, and private getaways to the mountains of North Georgia, and an annual family Christmas vacation in the North Georgia mountains.  He was a kind man and loved everyone. Before he became ill, he always had a smile on his face.  Doug lived a rich, full life.

Doug loved Terry more than words can express. He loved his girls and grandchildren more than they’ll ever know, and he loved his stepsons like they were his own children.

A memorial service and celebration of life will be held on Saturday, June 4th, 2021 at 2 p.m. at Wages & Sons Funeral Home, Stone Mountain, GA. The family will receive visitors at 1 p.m. at the funeral home.

In lieu of flowers, the family is requesting donations be made to Abbey Hospice, P.O. Box 68, Social Circle, GA 30025 .