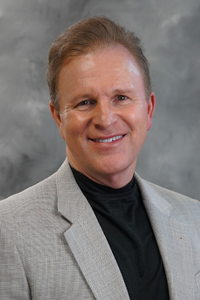 Russell was born to Russell P. (Jack) Moore, Jr. and Charlotte Watkins Moore Appledorn in Kirksville, MO on December 30th, 1962. He grew up in Ft. Madison, IA, the place he always considered home. He later moved to Carrollton, TX where he attended Newman Smith High School. He was an All-Star pitcher and also played outfield on the Trojans Baseball Team. After graduating from Newman Smith in 1981, he played baseball on scholarship at North Texas State.  He enjoyed his life in TX, especially wearing cowboy hats and boots, and making friendships that would last a lifetime.

Russell joined the US Navy in 1984, he was on active duty with VA-205, a Squadron of the US Naval Reserve, based at NAS Atlanta. He served 4-years and was honorably discharged in 1988. While serving in the Navy, he earned a BBA with a concentration in Marketing at Kennesaw State University.

Russell met his loving wife, Kimberly Shane Phillips, in 1991 in Marietta, GA and on October 1, 1994, they were married in Suwanee, where they’ve resided in Olde Atlanta Club for over 24-years. They spent many years building successful businesses together and had a wonderful life with their adopted fur-babies. On June 18, 2009, they were blessed with the birth of their son, Jackson Wayne Moore. Jackson was the light of Russell’s life and was loved beyond measure.

Russell and Shane were the Founders of Paces Medical and Paces MedEquip. Together, they provided the vision, guidance, and commitment to service excellence that made Paces successful. Russell was incredibly proud of his staff and was honored to support his customers. He enjoyed what he did and was always the trusted advisor. Shane is determined to carry on his legacy.

In addition to Shane and Jackson, Russell is survived by his mother and stepfather, Charlotte and Donald Appledorn; his father and wife, Russell P. Moore, Jr. and Jan Moore; his half-siblings, Mark and Erin Moore; and his brother-in-law, James Stacy Phillips; nieces, nephews, cousins, aunts and uncles including his Cousin Mitch, who he was especially close to, and his Aunt Phyllis. He was predeceased by his grandparents, Wayne and Virginia Watkins and RP, Sr. and Ann Moore.

Russell loved spending time in the outdoors. He enjoyed hunting, fishing, golfing and developing his property on Burnt Mountain in Northeast Georgia. Russell always found joy in life. He was often telling jokes and playing practical jokes on those around him.

In lieu of flowers, the family asks that contributions be made in his honor to the American Heart Association, the Forsyth County Humane Society, or the Charity of your choosing.