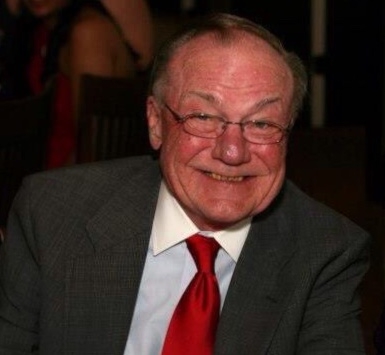 Thomas Gerald Branch, 78, died the 21st of April 2018 at the Rainy Hospice House in Anderson, SC following a brief illness. He leaves his wife of 54 years, Martha (Corish) Branch; his son, Tom Branch, Jr. and his wife Kim of Pendergrass, GA. Alicia Ramfos; his daughter and her husband Erik of Madison, GA, and son Tim Branch and his wife Pam of Conyers, GA. Three grandchildren (Nichole Roberts, Olivia Ramfos & Amanda Rosi); and four Great Grandchildren and many close friends. Born in Tifton, GA and raised in Savannah, GA. He was the late son of Clarence and Mildred Branch. Mr. Branch resided in Lilburn, GA for many years and moved to Hartwell, GA and lived there for the past 12 years. Mr. Branch was a 1957 graduate of Benedictine Military School is Savannah, GA. He graduated from Belmont Abby College in Belmont, NC in 1963 with a bachelor's degree in Business Management. While in college he also served as a United States Marine Corp Reserve. He met his wife, Martha Corish, at church and they were married in 1963 at Blessed Sacrament Catholic Church in Savannah, GA. They moved to Miami, Florida where they started their family and he entered the insurance business. Mr. Branch had the opportunity to join the Hartford’s Insurance Company in Atlanta, GA in 1970. In 1980, he and his wife started Branch Insurance and Associates. He not only took pride in his business, but truly relished the friends he made during his time in business. Over the years, his insurance expertise and reputation led him to help others open their own insurance business in Georgia. Mr. Branch had a passion for outdoors and traveling. He enjoyed hunting & fishing with his sons and friends. He was a longtime member of the Putnam Hunt Club. He served on the original building committee for St. John Neuman Catholic Church in Lilburn, GA. He was a member of Sacred Heart Church in Hartwell, GA. Funeral arrangements are being handled by his friends at Jeff Wages and Sons. The funeral mass will be held on Friday, April 27th at 11:00a.m. at Sacred Heart of Jesus Catholic Church in Hartwell, GA. The family ask that all his family and friends join them at their lake house after mass for lunch and a life celebration. In lieu of flowers, the family request that you consider a donation to the Sacred Heart of Jesus Catholic Church Building Fund in Memory of Tom Branch. Those donations can be mailed to: Sacred Heart Church 1009 Benson St, Hartwell, GA 30643