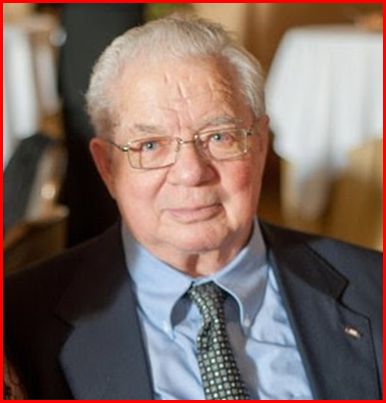 Raymond L. Viers, age 81, of Stone Mountain, Georgia and Highlands, North Carolina, passed away March 4, 2012 after a brief illness. Ray was born in Globe, Arizona and raised throughout the western states. He enlisted in the United States Army in 1947 and served with distinction for 20 years. Ray enlisted as a Private, earned a battlefield commission in Korea, served in Vietnam, and retired from the Army as a Major. During his years of service, he earned two Bronze Stars, six Purple Hearts, and the Soldiers Medal for rescuing a man who had fallen from the top of Stone Mountain. After retiring from the military, Ray settled in the Atlanta area with his family and entered the petroleum industry, operating Vi-Mac, Inc. until his retirement in 2003. He was a active member of the Georgia Oilman's Association, having served as President and on the Board of Directors for many years. Ray enjoyed woodworking and made many beautiful pieces of furniture which he gave as gifts. He is predeceased by his first wife, Nita McCurdy Viers and is survived by his wife, Marlene Hilley Viers; his children, Raye Ann Viers her husband, Richard Taylor, Raymond M. Viers, Kathy K. Witcher, Jennie L. Viers, and Lynn M. Kitchens her husband, Jon Koch; his grandchildren, Nicholas Taylor his wife, Kara Taylor, Stephen Taylor his wife, Lindsey Taylor, Madeline Taylor, Eugene Viers, Alexandra Viers, Brent Witcher his wife Angelique Witcher, Courtney Witcher, Natalie Witcher; and his great-grandchild, Kinsley Taylor. In lieu of flowers, please send donations to Friends of Disabled Adults and Children, 4900 Lewis Road, Stone Mountain, Georgia 30083, or Highlands United Methodist Church, P.O. Box 1959, Highlands, NC 28741. Funeral services will be held Thursday, March 8, 2012 at 2:00 P.M. at Briarlake Baptist Church. The family will receive friends on Wednesday, from 5:00 until 7:00 P.M. at Wages & Sons Stone Mountain Chapel 770 469-9811. Express condolences at www.wagesandsons.com