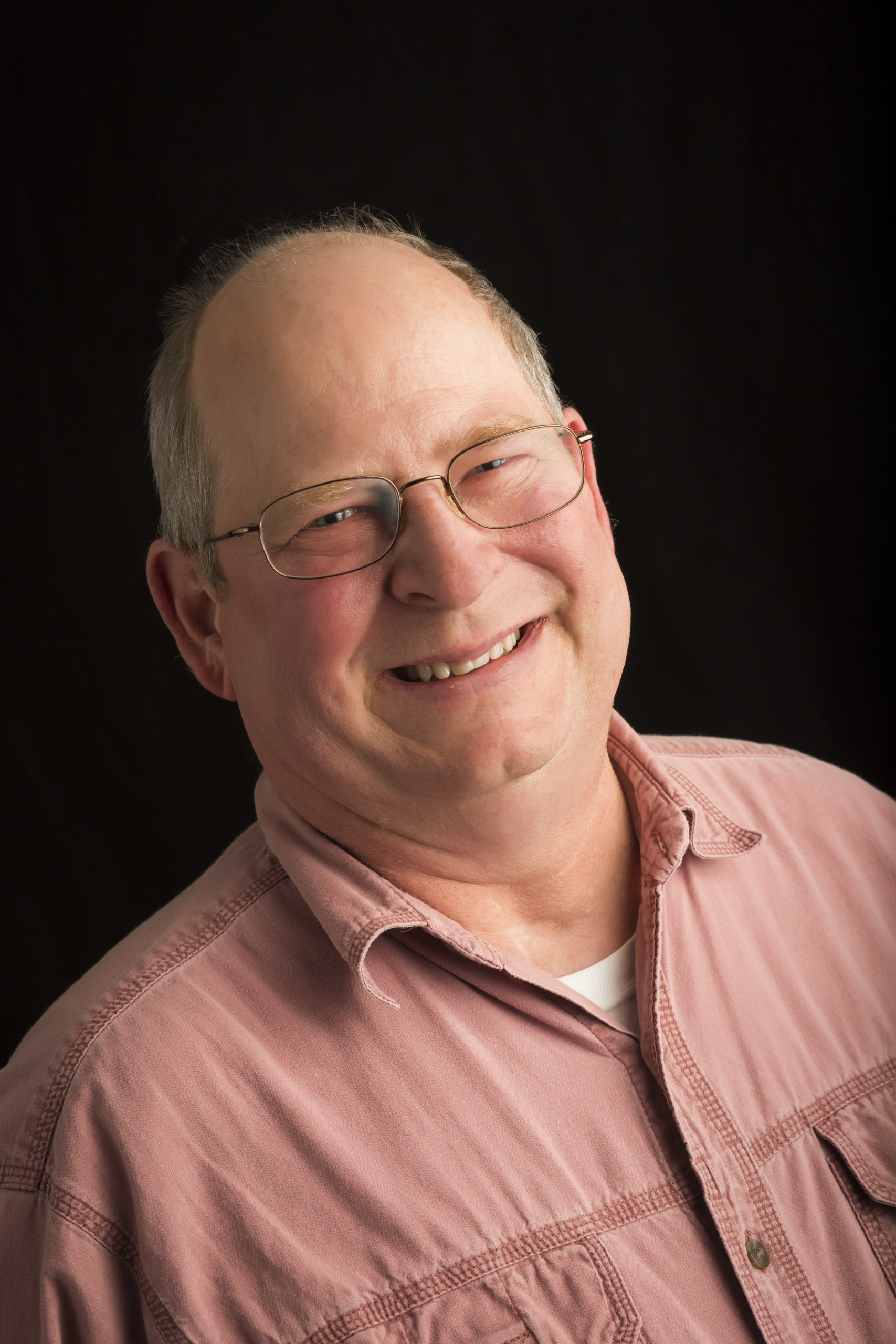 Wade Percy Palmer died on the Lord’s Day, August 9th, 2020, at approximately 4:39pm (although he was not pronounced dead until his LVAD, a turbine that pumped his heart, was turned off a little after 6pm) surrounded by the presence of the Holy Spirit, his wife, sisters, pastor, and many friends, one of whom softly played the guitar and sang hymns in the background.

How to describe such a remarkable man? First and foremost, Wade was a humble servant of the Lord God Almighty. He had a personal relationship with his Savior from the time he was a child. Wade was also the very best husband, a beloved big brother, a loyal and loving son and grandson, a favorite uncle, an amazing friend, a diligent, trustworthy worker, a vivid storyteller, and so much more. Wade himself would simply describe himself as a bald-headed farmer from Georgia (although he was only bald on the top). He absolutely loved growing up on a farm in Happy Valley, a rural area outside of Thompson, GA in the “panhandle” as he always called it. While his favorite tractor was a John Deere, the one he was assigned at the age of 13 was a red American tractor. When he was in pain, as he frequently was, his “happy place” into which to recede in his mind was the farm, working with his grandfather, out in the fields all day, mowing hay in the heat of a summer day, looking forward to ice cold watermelon afterwards, and the satisfying sense of a job well done.

After graduating from high school, Wade went into industry. He was always a hard worker and valued employee and he worked a variety of jobs, many of which would inadvertently propel him into the next bigger and better position. He began as the chief drafter at Georgia Ironworks, designing dredge pumps using CAD software. After that company was bought out, he worked at HP Pelzer Automotive Systems. Initially, he was assigned to travel to various plants throughout the U.S. to ideally streamline their operations sufficiently to save the plants from closure, which he managed to do more often than not. At his request, he was then assigned to work full-time at the Thomson McDuffie plant, which designed automotive components, where he was the assistant to the Plant Manager. From there, desiring to work closer to Atlanta, he became the Quality Manager for Watkins & Associates, a distributer of adhesives for the aerospace industry. Finally, his last position before disability, was to become an entrepreneur in Casablanca, Morocco, where he helped establish a Non Government Organization (NGO) called House of Life, which was a community center in an highly populous and poor area of the city offering English classes, computer education, and business skills. He and his wife lived in Casablanca for 7 ½ years and both of them absolutely loved it there, immersed in the local life with so many precious friends. Morocco remained the land of Wade’s heart until the end. His Moroccan friends called him Waheed, which means unique, a very apt name for him and one he continued to use even back in the U.S.

Much more important than his work accomplishments are the investments Wade made into people. He loved people well. He loved to sit down with someone over a meal or a hot drink (mint tea or hot chocolate for Wade) to get to know them. At work, he truly preferred to be the #2 guy – so that he could work behind the scenes to make the leader shine. After his disability, Wade became a mentor for LVAD and heart transplant patients and typically devoted 1-2 long days each week visiting patients in the hospital, never wanting to miss someone who needed some encouragement. The medical staff would always say they could tell if Wade had visited someone, as they were always in a better frame of mind after seeing Wade. He had an innate ability to make truly discouraged people smile and even laugh. He built many dear relationships with others in the LVAD support group and Mended Hearts, one of the mentor groups of which he was an officer.

In 2013, Wade suffered end stage heart failure and was implanted with a Left Ventricular Assist Device (LVAD) and was hospitalized for 101 days straight. Even with a tracheotomy and unable to speak, he wrote the words “fight, fight, fight.” Wade was a fighter all his life. He was born with heart issues and not expected to live past childhood but continued to defy expectations all his life. He got his first pacemaker at the age of 17 during spring break of his senior year of high school. In the end, he had six different traditional pacers and finally a leadless pacemaker shortly before he died. He ended up with a blood infection in 2019 and his final year of life was an unending struggle, but he continued to work in the yard and make lots of plans for the future. It broke his heart to be in the hospital during coronavirus and be unable to have his wife with him. In the end, he suffered two strokes and was unable to recover.

Wade leaves behind his precious, heartbroken wife, Valerie Sikkema Palmer. He was an incredibly supportive husband and his primary concern was always that she be well cared for. Wade loved her so well, so perfectly and will always be the very best part of her. He also leaves three dear sisters, “the girls,” Wanda & Scott Sutton (Ashley Sutton and her children Aubree & Wyatt Holloway), Wylene& David Spivey (Liz & Ryan Krafick and their daughter Kyle, Andrew Hechavarria, and Kathryn & Will Nangle and their daughter Addie), and Wendy Palmer & Tommy Housworth (Grady and Maggie), as well as his sisters and brother-in-law, Yvonne & Jorge Orosa (Kevin, Bryson, Ryan, and Christine), Tanya & Dave Carey (Peter, Tim, Nic, and Geoff Mitchell), Dale “the brother” & Mo Sikkema (Dale “the nephew”, Isaac, and Ken Sikkema and Zach Graham), Vanessa & Scott Grimes, and Kerri Spicer, and finally two “whackadoodles,” his cats Mona and Franny. He was proceeded in death by his parents, Prentice & Dot Palmer.

Wade was a deacon at Intown Community Church and recently a member of the Gwinnett-Tucker Toastmasters Club, where he was the Treasurer. He also served on advisory boards for the new Marcus Tower at Piedmont Hospital – and his signature is on one of the I-beams there.

Wade was very loved by so many and will be deeply missed.

A funeral will be held at Intown Community Church (2059 LaVista Rd, Atlanta, GA, 30329) on Thursday, August 13th, at 2pm in the afternoon. Due to Covid precautions, attendance will be limited and temperatures will be taken at the door and masks required. No children will be permitted and seating and traffic flow will be designed to limit contact. So that more people may be included, the service will also be livestreamed. Click below to watch the livestream service tomorrow at 2:00 pm. Please note that the funeral will be open casket and the livestream may contain a close-up, but the pastor should mention before that happens for those who may not wish to view the casket up close.

In lieu of flowers, please consider a donation in Wade’s honor to our good friends, Collin & Zury, who live in West Africa serving college students through hospitality, cultural exchange, and wholeness in body and soul. Donations should be sent to M.T.W. at P.O. Box 744165, Atlanta, GA 30374-4165. Please note account “#13628 Collin &Zury/Wade Palmer memorial” on the memo line.