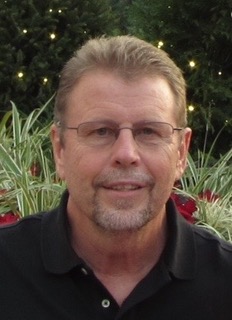 William Harvey Hackney (Bill) died peacefully at his home in Suwanee, (Forsyth) Georgia. Bill is a Henderson High School graduate, Class of ’72 and a graduate of the University of Georgia, where he received his BBA in Business Systems/Computer Science. As an active member of the Delta Tau Delta Fraternity, Bill remained friends with many of his brothers throughout his life. Bill began his career in computer sales and programming with NCR Corporation in Atlanta, where he met his wife of 35 years, Christine Marie (Castleberry), also a graduate of Henderson High School (1973). This began a workplace romance and they were married on March 5, 1984.  On their first date, Christine said, “My shoes don’t match my outfit,” and Bill responded, “No one ever looks at your feet.” Bill knew how to focus on the important things in life and became successful in the computer arena with Siemens Enterprise Communications/ROLM, from 1985-2012.  His job as a Technical Solutions Architect earned him six years at the Circle of Excellence where he and Christine traveled to Puerto Rico, Cancun, Naples, and Bahamas. He was recognized as Eastern Area Technical Leader, received the Atlanta Branch Manager Award, VP Leadership Award and many other accolades making him the “go to guy” for his coworkers. The scope of his work involved National Accounts, healthcare and insurance accounts. Bill continued his education in the technology field and received a System Engineer Master and many other program/engineering certifications. Bill completed his work resume with ACARA Solutions (2013-2017) as a Program Manager for the state of Florida. His interests included Georgia football, snow skiing, train sets, collecting and listening to ‘70s albums, walking his dogs (Bailey and Toby) and traveling with his wife and family to Disney World and the Gulf Coast. Bill and Christine resided in Lawrenceville, GA for over 30 years and raised three children, who participated in the Brookwood area baseball, football, swim team, cheerleading, and dance. Bill never missed an event his children were involved in, and was attentive to their wins and loses, always using words of encouragement and praise. Bill did not need words to express himself but he loved to tell stories and had a kind of “Farside,” humor. He was a quiet, gentle man and continued great relationships with his adult children, business associates, and friends. His strength and courage was evident in his last two years of life after a diagnosis of cancer in early 2017.  We are sincerely grateful to Dr. Karthi Subbannan and her staff at the Georgia Cancer Specialists in Johns Creek for their continuous hope, attention and support during his treatment. Bill is survived by his wife, Christine (Chris), and children, Dr. Christopher Hackney (Christina), Andrew Hackney (Kelsey) and Jessica Hackney. The greatest blessing of these successful children are the six grandchildren born in the last five years, that kept him busy as Grampy and Grandaddy: Clara Page, Noah Christopher, Max Alexander, Logan Harvey, Liam James, and Hayden Thomas Hackney. Bill is preceded in death by his two sisters, Martha Livengood (Nashville, TN) and Mary Dance (LaGrange, GA) and his parents, Josephine Hunt Hackney and William Harvey Hackney Sr., Atlanta, GA. Visitation is scheduled for Friday, April 5th, 2019 at 2:00 p.m. followed by a Memorial Service at 3:00 p.m. in the Gwinnett Chapel at Wages and Sons, 1031 Lawrenceville Hwy, Lawrenceville, GA, 770-277-4550 In lieu of flowers, memorial contributions may be made to Cure Duchenne at www.cureduchenne.org/donate (General donation) in honor of Bill’s grandson, Hayden Thomas Hackney.