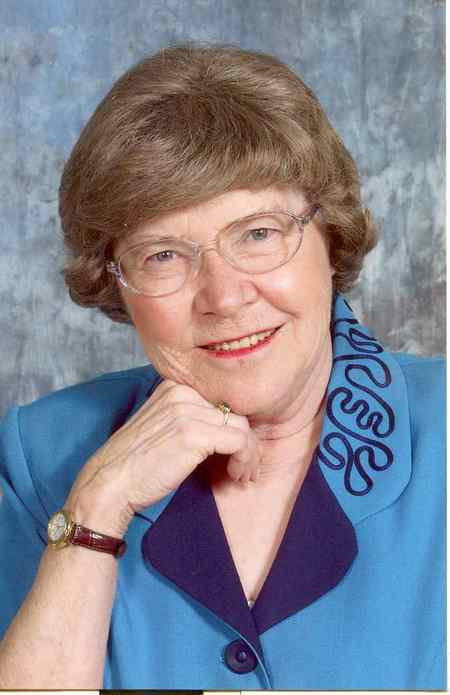 Marjorie "Marge" Grahn Winter, 83, passed away in Lawrenceville, GA on February 19, 2012 after battling with Alzheimer's for ten years. Marge is preceded in death by her husband of 48 years, John Logan "Jack" Winter. She is survived by her sons, Jim and wife Barbara Winter of Perth, West Australia, Dave and Kath Winter of Rocklin, CA, her daughters, Barbara and Stuart Jackson of Land O Lakes, FL, and Pat and Mike Bojarski of Lawrenceville, GA, as well as grandchildren John Winter and wife Heather, Mike Winter, Rod Gilardi, and wife Christina, Christina Gilardi Crowe and husband Brannon, Tim Jackson, Laura Bojarski and Meagan Bojarski. She was also lucky to know her great grandchildren, Taylor and Ansley Crowe and Penelope Winter, along with recently born Eliana Gilardi. She is also survived by her two sisters, Irene Cook of Macon, GA and Elaine Ten Eyck of St. Petersburg, FL, Born in Teaneck, NJ on August 14, 1928, Marge was a trailblazer for her generation, taking summer jobs in high school at Lindy Lake over 30 miles from her home in New Jersey, staying with friends at the lake while she worked. At 17, she took a summer job in Manhattan, commuting to work each day, dealing with the subway crowds, despite her diminutive stature. She met her husband Jack at college in Oxford, Ohio, attending Western College for Women, just across the street from Jack's school, Miami University. After graduating, they married June 24, 1950 and Jack took a job with Sears. Over the next 33 years, they lived in five states, many cities, including seven different areas of Atlanta, and more than ten houses. Along the way, after the children reached elementary school, Marge went back to the workforce, working for several years for H&R Block helping others file their tax returns. She took to the numbers and procedures so well she was often called on to provide training sessions to other employees. With each move, Marge re-established the family, juggling as many as three different school schedules, keeping the children involved in activities all over each town, and managing the house and family finances. If there was a need for a team mom, a room mom, or a charity fundraiser, Marge was there to help. She quickly learned the value of becoming an active member in "New Neighbors" organizations in each town. She was so helpful and popular, she stayed in the Breckenridge area "New" Neighbors for more than 10 years, welcoming all to the area. Again leading the way for women of her generation, she formed an investment group with her friends, establishing the "Lucky Ladies" club whose success helped fund her and Jack's retirement. Marge loved people, and loved to travel. After convincing Jack to take a cruise for a vacation, they so loved the life that they traveled all over the world, enjoying 28 cruises, including a week long cruise with all the kids and their spouses in 1994. As she "never met a stranger," Marge made friends around the world as well, turning brief conversations in airports into long-term friendships. Marge was an ardent fan of the Miami University sports teams, even known to wear her "Miami is in Ohio – Dammit" t-shirt to parties in Atlanta to watch their football bowl wins in 1974 and 1975 against Florida and Georgia. Even more than that, however, Marge loved the Falcons. A season ticket holder for 40 years, from day one until she could not longer physically attend games, she never gave up hope for them, and was in the stands for their Super Bowl game in 1999. A lot of fans knew the star players. Marge would take the pre-season roster and hand-write the cuts and acquisitions. She stood in line with her son for autographs in 1966, and even met some of the coaches and their wives, adding NFL Hall of Famers to her Christmas card list. With children and grandchildren living across the country and around the world, a memorial service will be held later this year. In lieu of flowers, Marge and the family would be pleased if you would consider a donation to the Alzheimer's Association, or the American Cancer Society.