We will miss you Dear Cousin Aaron 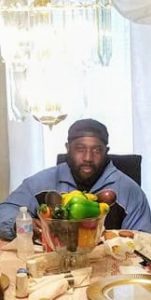 Helen Robinson said:
We will miss you Dear Cousin Aaron. Earlier this week Aaron L. Walton (affectionately call Bruh) of Stone Mountain, Georgia earned his wings. Aaron was the youngest son of Mrs. Katie Brown Walton & James Walton and was married to Merrian Walton and was also the father of Asatu Walton. Aaron was 64 years old at the time of his transition. Survivors include his siblings Howard (Isabelle) Walton, Jewel Kilebrew, both of Buena Vista, Essie Walton of Brooklyn, NY, & Velma Jean Walton of Brooklyn New York and a host of nieces & nephews. While it has been many years since I’ve seen Aaron, I remember him being an handsome man with such a cool and laid back attitude with a beautiful smile and swagger to match. He will be missed by his family and friends. May He R.I.P. Once I find out the Funeral Arrangements, I will post in case anyone who would like to send an expression of sympathy.