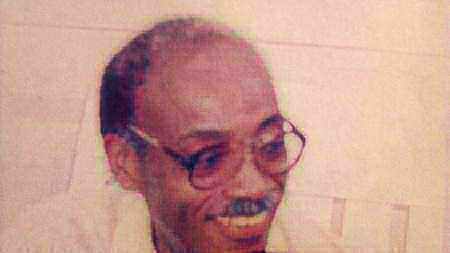 Edward L. Griffin was born on September 16, 1938 in Backbay, Virginia, as the only child to the late Annie Marie Fields and Irving Griffin. He passed away on Wednesday, June 20, 2012 at his home in Lawrenceville, Georgia. Eddie grew up in Brooklyn, New York and worked as a mail carrier for the New York City Transit Authority for most of his adult life, retiring in 1995. In November 1954, Eddie was baptized as one of Jehovah's Witnesses and served as a regular pioneer for a brief period, even having the privilege of being interviewed as a teenager on WBBR to relate how he learned about Jehovah God and the wonderful promises found in God's Word, the Bible. He served as an elder in the Christian Congregation of Jehovah's Witnesses since 1972 until 2005 with a few years break in serving from 1990-1995. Eddie married Jessie Blunt, the love of his life on September 21, 1957. He loved and cherished her as his beloved wife and best friend until her death on October 24, 1994. Their union was blessed with four children: the late Donna Christine, Edward Barry residing in Central Islip, NY, Lisa Dianne Treadwell residing in Lawrenceville, GA, and Derrick Raymond residing in West Virginia. Left to cherish his memory are his three children, Edward, Lisa and Derrick. He is also survived by his grandchildren: Kiani, Lisa, Craig, Kalila and Tajahnay; daughters in law, Louisa and Danielle and son in law, Steven, as well as Aunts Louise and Bernice of North Carolina and Virginia Beach, and a host of nieces, nephews, other relatives and friends. Eddie enjoyed a special bond of friendship with his brother in law, Richard Davis. Eddie will be remembered for his strong love of family, an exceptional and enduring love for his wife, Jessie and their four children and grandchildren as well as for his God, Jehovah. Eddie would want his family and friends to demonstrate their love for Jehovah and each other in even greater ways, as they keep their eyes on the prize of everlasting life in God's earthly paradise. Services will be held on Wednesday, June 27, 2012 at 7:00pm at Wages and Sons Gwinnett Chapel, Elder, George Anthony Jenkins officiating. The family will receive friends from 3:00pm until 7:00pm at Wages and Sons Gwinnett Chapel