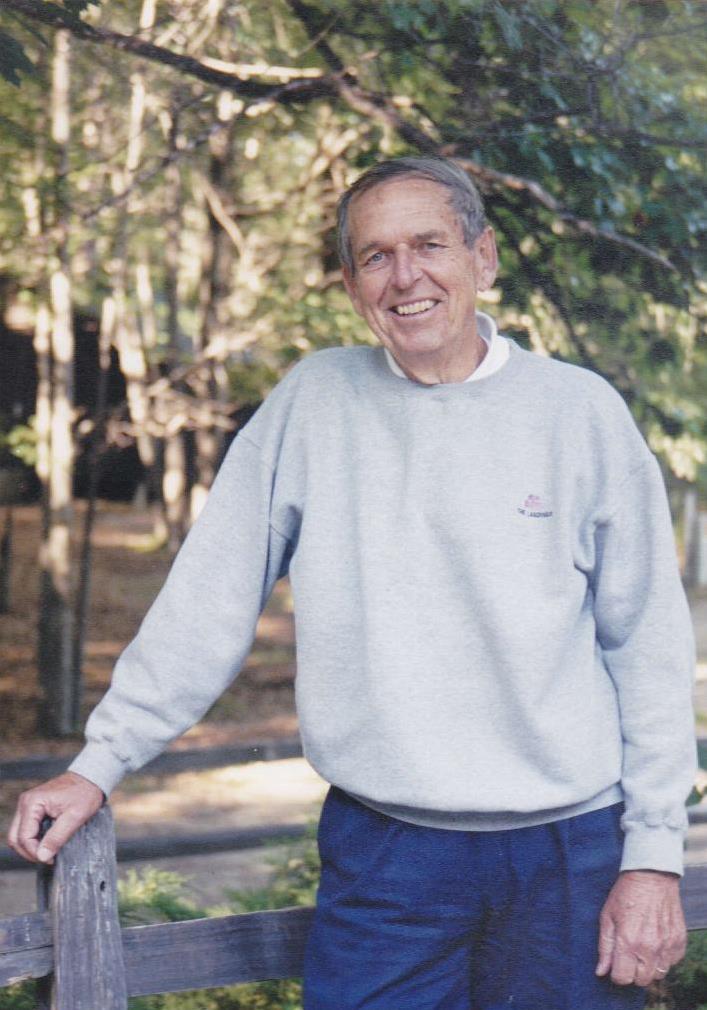 Al worked at the Henry Ford museum/Greenfield Village in Dearborn, plus many summers on the Raker farm (subsequently called Raker’s Acres). He graduated early from high school (January, 1945) to enlist, with his entire class, in the military. He joined the Air Force and served in Germany. He was honorably discharged in January, 1947 and immediately started college under the GI Bill.

Al got his bachelor’s degree in business from Wayne State University in February, 1950. He married Marion Gaye Rowan on May 5, 1951. After working at several small businesses, he joined Chrysler Corporation in 1957. He held various titles in analytical positions and management during his 30-year career with the company. While working full time and raising a family, he earned his MBA at Wayne State University (December, 1968).

He was the proud father of two daughters, Gail Margaret and Lynn Marie. Along with extended family, he helped to build a cottage on Lake Huron where he and his family spent extensive time.

He and Marion were very social people, maintaining life-long friendships with friends from high school and various places that they lived. Also, during this time frame, he picked up hobbies of golf, bridge, stock market investing, sailing, jogging and snow skiing.

He and Marion retired to the Landings in Savannah, GA with the reward of golf and bridge groups and social events for twenty-five years. Al’s greatest passion in retirement was golf. He documented 13 holes-in-ones, although he rarely spoke of them. Al and Marion moved to Park Springs Retirement Community in Atlanta, GA and made close friendships with neighbors in the “senior dorm of the 9400 building”. Unfortunately, Marion died of cancer in February, 2018, which devastated Al, but he drew upon the support of the 9400 community.

A fall fractured his hip, leading to a month-long battle to recover. Health issues eventually ended his life, just shy of 94 years. Personal attention and care given to him by Delmar Gardens of Gwinnett Nursing Facility and Capstone Hospice provided much comfort for him during his rapid decline.

Al and his family appreciated the love and support sent via cards and email from friends and family, particularly during his final decline. A private family memorial will be held in October, 2021. In lieu of flowers, the family would appreciate donations be made to: