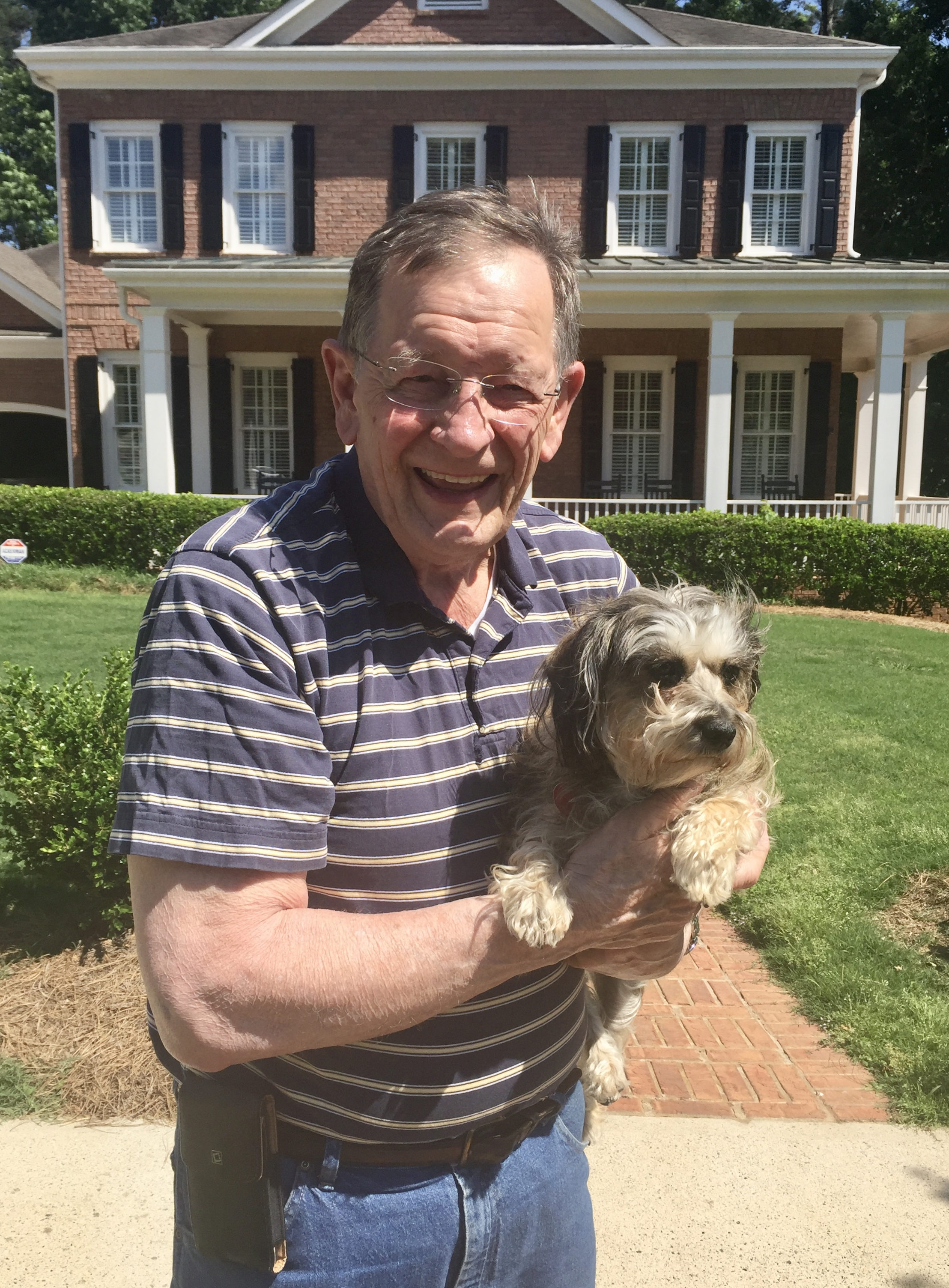 Allan Dean Graham, 79, of Suwanee, GA, passed away on November 20, 2018 from a rare, terminal, untreatable neurological disease, Progressive Bulbar Palsy, which he battled bravely for over three years. He was the eldest son of William Thurman Graham and Marion Elizabeth Morehead Graham, stepson to Lucille Hodges Graham; husband to the late Nancy Lane Mays Graham; survived by brothers William Scott Graham, Gregg Graham and sister Kathy Graham; daughters, Pamela Tracy Graham, Allison Elane Santini, son, William Scott Graham; grandchildren Connor Dean O’Kelley and Audrey Lane O’Kelley. Allan grew up in a loving, hard-working family in North Carolina. As a young boy he spent summers working on the family tobacco farm and enjoyed trips to Myrtle Beach before it became a crowded tourist destination. He always had high aspirations and graduated from Wofford College and earned an MBA from North Western University. In 1965, he married the love of his life, Nancy Lane Mays. A Vietnam veteran, Allan served honorably in the US Army for over 20 years, retiring as a Lt. Colonel in 1984. After many moves all around the country during his years in the Army, he settled the family in Roswell, GA and began a second career for BellSouth/AT&T. In 1999 he and Nancy bought their dream home in Suwanee, GA where they could be closer to their children and grandchildren. They enjoyed 36 years of marriage together before her sudden passing from a brain aneurysm in 2002. He retired from BellSouth/AT&T in 2012. All the family will remember and admire him as a devoted and loving family man with incredible determination and a great sense of humor. He excelled at everything he wanted to do whether it was obtaining a black belt in taekwondo, playing the piano, building furniture, learning to fly, or being the master chef at the family cookout. From his childhood to today, Allan almost always had a dog and his last dog, his beloved Sandy, is now living with his son. Allan will be honored in a Memorial Service on Friday, November 23, 2018 at Wages & Sons Funeral Home located at 1031 Lawrenceville Highway, Lawrenceville, GA 30046. The visitation is from 12:00PM until 1:45PM followed by the Memorial Service at 2:00PM. Allan will be cremated and buried together with his wife on January 12, 2019 in Fair Play, SC. In lieu of flowers, the family is kindly requesting donations to The Fisher House Foundation to be made in Allan’s name. The Fisher House Foundation is best known for a network of comfort homes where military and veterans’ families can stay at no cost while a loved one is receiving treatment. These homes are located at major military and VA medical centers nationwide. https://www.fisherhouse.org/