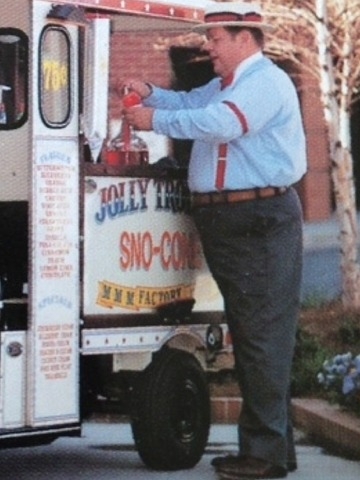 Allan James Nicholas was born to Arthur Nicholas Sr. and Minnie Marie Bradshaw Nicholas Miller on July 12, 1946 in Oklahoma City, OK. He is preceded in death by his daughter, Jeanette Nicholas, and brother, Arthur Nicholas Jr. Allan is survived by his wife of 42 years, Angela Nicholas; daughter, Jennifer Breisser; grandson, Cole Breisser; brother, Howard Nicholas & wife, Helga. Allan was one of a kind. He made a lasting impression on everyone he met. He was a caring husband and father. He was a funloving, honest, encouraging and positive person. Allan was an entrepreneur. He did what he enjoyed and believed in. Among other things, he enjoyed being a concessionaire. He went out on his Sno Cone Trolley ("Big Al's Jolly Trolley") meeting people and building relationships / friendships through his upbeat, positive nature, jokes and encouragement. One of his proudest accomplishments was when he worked with children as a social worker in his teen years in Omaha, Neb. He always wanted to help, encourage and teach people. Throughout his life, Allan was willing to help and do what was needed to be done. He wanted to do his best and be the best he could be. We love and miss Allan!