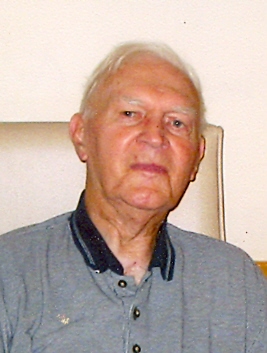 Charles E. Anderson, of Stone Mountain, GA affectionately called "Swede" during his college and early professional years, fell asleep sitting in an easy chair watching TV and didn't wake up, passing away suddenly and peacefully on December 3, 2011. Born on August 21, 1913, Charlie was 98 and in good overall health. He passed away on his wife Mary's birthday. Mary Emma Anderson Hudson passed away several years earlier and Charles spent much of his time reminiscing about the good times. He had lots of stories to tell. Right up to his last day, Charles enjoyed a daily shot of Jim Beam and a Dutch Masters cigar, his trademarks. Born in Washburn, Wisconsin; Charles was the oldest of three sons born to Carl "Pud" and Anna Anderson Anderson. His two younger brothers, Ken and Bob, are both deceased. Charles and his family moved several times during the 1920's before settling down in Paulsboro, New Jersey where he graduated from high school. Charles was a gifted athlete and attended the University of Alabama on an athletic scholarship where he graduated in civil engineering in 1937. Charles was the star pitcher on the University of Alabama baseball team that won several SEC championships during the mid 1930's. He was a member of the "A" club and a contemporary of such University of Alabama notables as Bear Bryant, Don Hutson, Tarzan White, Mel Israel aka Red Barber, and Jim Whatley, among others. Charles met Mary Emma Hudson at the University of Alabama where they graduated together and eloped to get married in Mississippi one week after she turned 21. It was several months before they told her parents they were married; he being from the "North" and she from the "Deep South". Charles and Mary initially settled near New York City where he helped build several subway stations during the late 1930's; one of which his granddaughter, Cassie, used every day during 2008-2009. In the mid 1940's Charles, Mary and family moved to Orlando, Fla then a few years later to Ft Lauderdale, Fl where he was the superintendent on many large construction jobs including the Dade County Auditorium which won several design and construction awards, the Jolly Roger and Yankee Clipper hotels. In the mid 1960's they moved to the Atlanta area where he continued to oversee the construction of other large building including the World Trade Center, the Omni, Colony 13, and others. Charles is survived by 3 sons, 4 grandchildren, and 4 great-grandchildren. A fourth child, Janet Sauls his daughter, passed away several years ago. His sons are John who lives in Oxnard, California wife Joy, deceased, Peter of Huntsville, AL wife Kay, and Howard of Stone Mountain, Ga. His grandchildren are Brian who lives in Minnesota, Mark wife Belinda of Huntsville, Al., Blake wife Donnie of Huntsville, Al., and Cassandra of San Francisco, Ca. His great-grandchildren are Trevor of Minnesota, Emily, Wyatt and Nolan, all of Huntsville, Al. Funeral services will be held Friday, December 9, 2011 at 1:00 P.M. at Wages & Sons Funeral Home, Stone Mountain, GA. Interment will follow at Floral Hills Memory Gardens in Tucker GA. The family will receive friends on Thursday from 1:00 until 5:00 P.M. at the funeral home. Express condolences at www.wagesandsons.com.