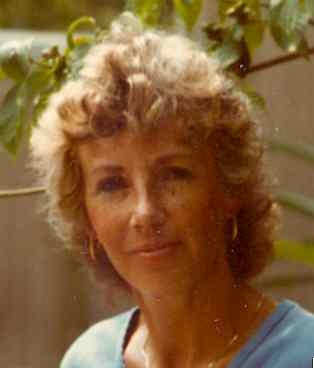 Barbara Ann Boyle, of Lawrenceville, passed to the other side, early in the morning on New Years Day. She was born September 9, 1935 in Staten Island NY. She attended Rutgers College, graduating as valedictorian of her class. Having last worked at AES before retiring to travel with her husband. Barbara was small of stature, but made up for that in her feistiness. She was always a gracious hostess, enjoying entertaining and sharing with guests her wonderful culinary skills. All that met her always mentioned her ever present smile, and used the word sweet to describe their encounter. She never forgot a name. Barbara was a formidable bridge player, her memory so strong that it made her a valuable asset to her partner. She had an impish side, that was full of fun and laughter, and for many years dressed the part as an elf sitting in the window displays of the stores in downtown Franklin NC during the Christmas season . It was always fun to hear a child refer to her as “the elf” when she was seen out of character throughout the year. She had a love of water, at one time being a water ballerina, which she passed on to her son, dedicating her time to taking him to practice and swim meets, allowing him to become a state champion. She was also an avid gardener, having some of the most unique and beautiful gardens at her various homes. She passed that love on to her daughter Brenda, and throughout the years, encouraged that with cuttings from her favorite plants. She was preceeded in death by her husband Harold (Hal) Boyle, and many of her beloved four legged friends. She is survived by her children, Jeff Boyle of Lawrenceville, Brenda Holder of Lawrenceburg, KY, two grandchildren Nicole Holder (Jeremy Routte), Julianne Boyle, and two great grandchildren Haley and Hannah Chambers who lovingly referred to her as “big ‘en”. She also left behind very special friends, Mr. John Tekley and Jennifer Williams. She was very close to her children and grandchildren, and her presence will be deeply missed by all. Services were held Sunday, January 4, at Garden Plaza in Lawrenceville. The family ask that in lieu of flowers, donations be made to the Gwinnett Humane Society or the Anderson County (Kentucky) Humane Society. Online condolences may be expressed at www.wagesandsons.com.