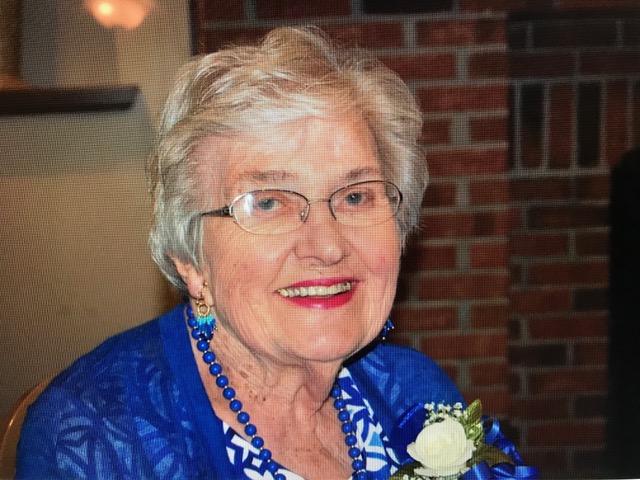 Barbara House Crenshaw, 95, died peacefully on October 12, 2020 of natural causes. Barbara was born June 22, 1925 in Harrisburg, Pennsylvania.She graduated from Western College for Women in Oxford, Ohio, majoring in dietetics and minoring in piano. She completed a Dietetic Internship at University of Michigan in Ann Arbor, where she met her husband, John C Crenshaw, Jr. MD. They moved to Shreveport, LA in 1951 where they raised 4 children.

Barbara had great enthusiasm for life and was sincerely interested in every person she met. While in Shreveport, Barbara was a tireless volunteer at church, schools and numerous organizations, a friend to all, and dedicated dietitian. At the First Presbyterian Church of Shreveport, she served as a deacon and elder. Among other things at the church, she also taught children’s Sunday School for numerous years, directed the children’s choir and received the Honorary Life Membership for Presbyterian Women.

While raising her children, she returned to her dietetics profession establishing an outpatient Diet Counseling Program at Physicians & Surgeons Hospital. Later she was certified as a Diabetes Educator and helped establish the Diabetes/Nutrition Center at Willis-Knighton Medical Center. Barbara loved to teach and provided dietetics advice on the radio and in the newspaper. She was extremely active in the Louisiana Dietetics Association serving as President of the local LDA chapter, Treasurer of the State Chapter and honored as Louisiana Dietitian of the Year on 2 separate occasions. Her broad community involvement and dietetics career led to her selection to serve on the Shreveport Mayor’s Women’s Commission, during its formative years in the 1980s.

Music, piano and singing were a great love of Barbara’s. From serving as President of the Shreveport Symphony Guild, providing accompaniment (choruses, professional soloist, school performances and children’s choirs), she also hosted annual Christmas Carol sings, rang hand bells, and taught her children many songs while they helped with the dishes.

Following the death of her husband she moved to Peachtree City, GA in 1998, to be closer to her children and grandchildren. Barbara never met a stranger, and her boundless energy continued in Peachtree City. She was an active member of First Presbyterian Church of Peachtree City, including the church choir, bell choir, committee work, church office and other numerous ways. She also began playing duplicate bridge, often 5 times a week, and earned her Life Master at age 78. Other joys were playing two grand pianos with 3 other pianists (8 hands!), golf, and going to her grandchildren’s school and sporting events. Barbara was game for any adventure, whether travelling internationally to play bridge, towing the family’s ski boat to the lake, welcoming unexpected college students at the house for a waterski weekend while hosting a bridal shower that same day, or visiting a friend, nothing was too much trouble. Always optimistic, she was an inspiration to many, and an “other mother” to countless others.