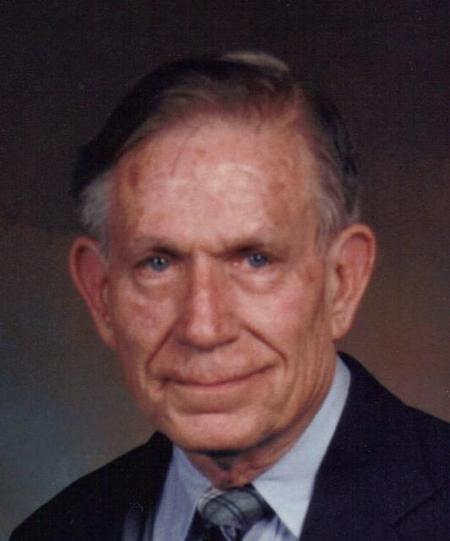 Dr. Dale Lockard Barker, Ph.D, age 91, passed away on April 20, 2011. Though born in Pensacola, he spent most of his life in Georgia. Despite a rough start, his love of learning carried him to academic achievement. When he was 12 and living in Adairsville, Ga, his father was hit and killed by a car, leaving his mother to raise three boys in the depths of the Depression. Public school wasn't free then, so Dale earned his tuition by arriving early to ring the school bell. He and his brothers also sold their mother's divinity candy and had newspaper routes for both the Atlanta Journal and Constitution. Later, Dale helped his mother run the small Adairsville public library. At age 19, with jobs scarce and no money for college, Dale joined the Civilian Conservation Corps, a Depression-era program, that sent him to California to fight forest fires. In World War II he signed up with the Marines and served as tech sergeant in military battles in the South Pacific. After the war, he earned an Electrical Engineering degree at Georgia Tech, while working at the Tech Library. He went on to earn a Master's and, much later, a Ph.D. in Library Science at University of Illinois. While earning his Master's at Univ. of Ill. Library School, he met Caroline Jones. When they married in 1950 after a brief courtship, their classmates thought it only natural, since they were the only Southerners in the class. They have been married for 61 years. After graduating, Caroline became a librarian at Emory, and Dale at Georgia Tech, where he soon became Assoc. Director of Libraries for 16 years. Dale also worked as Assoc. Director at University of Miami Library for 23 years, and at University of Georgia Library. He was instrumental in introducing automation at each of these libraries. In the late 1950's, he served on a pioneering committee of five Georgia Tech faculty members, who set out to introduce computer use in libraries with the aid of a National Science Foundation grant. They set up two national conferences at Georgia Tech, as well as a year-long study resulting in a recommended graduate curriculum for a new generation of computer-literate librarians. In retirement, Dale and Caroline returned from Miami to Atlanta, where Dale continued his lifelong love of intellectual stimulation by attending classes at Mercer Senior University and continuous reading. At the request of his former Marine Corps comrades, he compiled and edited Hitting the Beaches, a 430-page memoir of the first armored amphibian battalion in World War II. It was chosen to be published online by Hathi Trust Digital Library, where the complete text with photos can be found. Even when Dr. Barker lost his eyesight at 85, he pursued his interests in linguistics and history through book clubs, audio-books, and intellectual conversation. He is survived by his wife Caroline, two daughters Sybil Susan Barker of Buford, GA, and Cathy Taylor Barker of Greenville, SC, two sons-in-law Robert O'Brien and Tim Taylor, and three grandchildren Ronan O'Brien, and Chelsea and Natalie Taylor. Visiting with family and friends will be held on Thursday, April 28, from 10 to 11 a.m. at Park Springs in Stone Mountain, Ga, followed by a memorial service at 11. Interment will be at 2 p.m. at Georgia National Cemetery in Canton, Ga. Memorial contributions can be made to the American Macular Degeneration Foundation at macular.org or PO Box 515, Northampton, MA 01061.