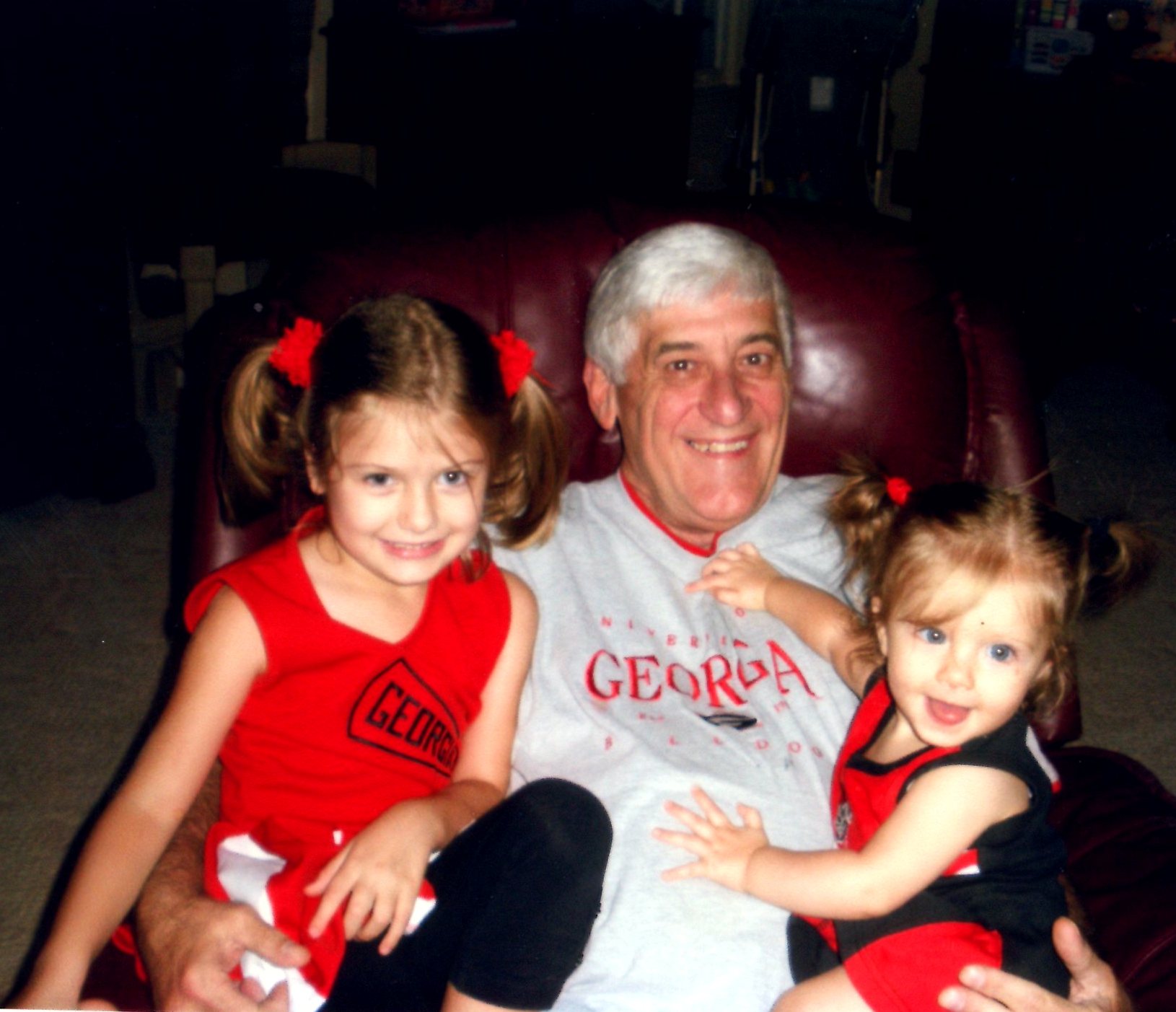 Barry Thomas Outlar was born in Waycross, Georgia on February 20, 1948 to Florence and Jesse Outlar. Folk legend has it that Barry was the calmest baby in the nursery and that all of the nurses wanted to hold him. For all those who knew him, Barry's charming disposition was a cornerstone of his entire life. He has now gone to Heaven. He earned his wings on Saturday, February 1, 2014 at exactly 3:30 p.m. Right on time for a CBS SEC game of the week. Barry was a graduate of Cross Keys high school, class of 1966, where he displayed leadership in and outside the classroom. After high school he earned a football scholarship to his beloved University of Georgia. One of his claims to fame was that he was the fastest player on the freshman squad. He was a member of the Dooley's Dawgs football teams from 1967-1971. His love of all things Georgia remained with him always and we can rest assured he is already scouting next year's recruits from above. After college Barry reconnected with the true love of his life, a beautiful woman named Cheryl Stokes, who had first caught his eye in high school. He and Cheryl were married on New Year's Eve 1979. Their song, "Be My Little Baby," says it all. They were totally devoted to one another. They made their home in Lilburn and raised two incredible children, Scott Outlar and Sandi Kincer. Family always came first with Barry. He enjoyed spending countless hours coaching Scott's baseball teams and helping him develop his pitching skills. Sandi and Barry's relationship was on a level that cannot be described in mere words. Barry enjoyed a 30-year career with Delta Airlines. He was a logistics analyst in international cargo but performed numerous duties throughout his tenure. He especially enjoyed teaching as he traveled around the country leading Delta teams. The company was forced to restructure after 9/11 and Barry decided to retire. Barry truly enjoyed his retirement. He loved watching his Dawgs on TV as he scouted each game. He also loved to root on the Braves during baseball season. But his favorite past time of all was taking care of his granddaughters, Emily and Natalie Kincer. He and Cheryl babysat Emily from her birth up until last summer. He and Emily were attached at the hip and shared in a mutual admiration society. The society extended two years ago with the birth of Natalie and she quickly took to her grandpa with the same love as her sister. Barry was his own man. He lived life as he saw fit. A more honest, moral, kind and just person would be hard to find in this day and age. He was an amazing father, son, brother, uncle, grandfather and friend. Barry is preceded in death by his father, Jesse Outlar of Peachtree City; mother-in-law, Tally Stokes of Tennessee; father-in-law, Robert Stokes of Michigan; grandparents, Johnnie and Lois Griner of Omega; Jo Anna Beaton of Atlanta; and Everett Beaton of Waycross. Barry is survived by his loving wife, Cheryl; son, Scott; daughter, Sandi, and her husband, Travis Kincer, along with their two children, Emily and Natalie; mother, Florence Beaton Outlar Kent Hill of Fresno, CA; sister, Jan, and her husband, David Edwards of Fresno, CA; aunt and cousin, Naomi and Bob Gibeling of Atlanta; sisters-in-law, Sandi Stokes and Pam Foreback; brothers-in-law, Bobby, Mike and Pat Stokes; numerous nieces, nephews, grandnieces and grandnephews; as well as many loyal friends. A celebration of his life will be held at Wages & Sons Funeral Home in Stone Mountain on February 7, 2014 at 2 p.m. The family will receive friends at the funeral home starting at noon prior to the service. Services will be held in informal attire. The family will be celebrating in Bulldog apparel so casual red and black is certainly an option. In lieu of flowers, donations may be made to your favorite charity