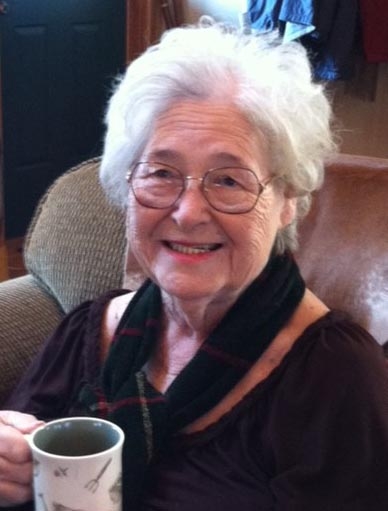 Betty J. Hulsey, 84 of Lithonia, GA died peacefully on Friday, February 26, 2016 at The Brian Center in Canton, GA. Betty was born March 27, 1931 in Atlanta where she grew up as an avid athlete and a member of The Baptist Tabernacle which is where she met the love of her life, her husband, Jack. They later moved to Lithonia and joined the Redan 1st Baptist family. Most of her professional career she worked in the Medical Records department at Emory Hospital where she retired. She is a loving wife, mother, grandmother, great grandmother, sister and friend to many. She is a Christian woman who always cared for others before herself. She loved her family so very much and was active in all their activities and sporting events. Her hobbies included ceramics, gardening, cooking, walking on the beach and watching her beloved Braves. She is survived by 4 of her 5 children; Robert A. Hulsey of Tucson, AZ; Cynthia A. Wilson of Ellijay; William T. Hulsey of Mascoutah, IL and Janice Hulsey Adgate of Marshall, VA. As well as, 15 grandchildren, 22 great grandchildren and a sister-in-law Laverne H. Rainer. She was preceded in death by her parents, Francis and Carl Johnson; her husband, James J. Hulsey Sr. (Jack); her oldest son, Jim Hulsey; and her siblings Carolyn, Lena and Butch. Visitation will be held at Wages & Sons, St. Mtn. Chapel, 1040 Main Street, Stone Mountain, GA on Monday, February 29th from 6-8 p.m. The service celebrating her life will be held at the same location on Tuesday, March 1st at 11:00 a.m. Interment will be at Melwood Cemetery.