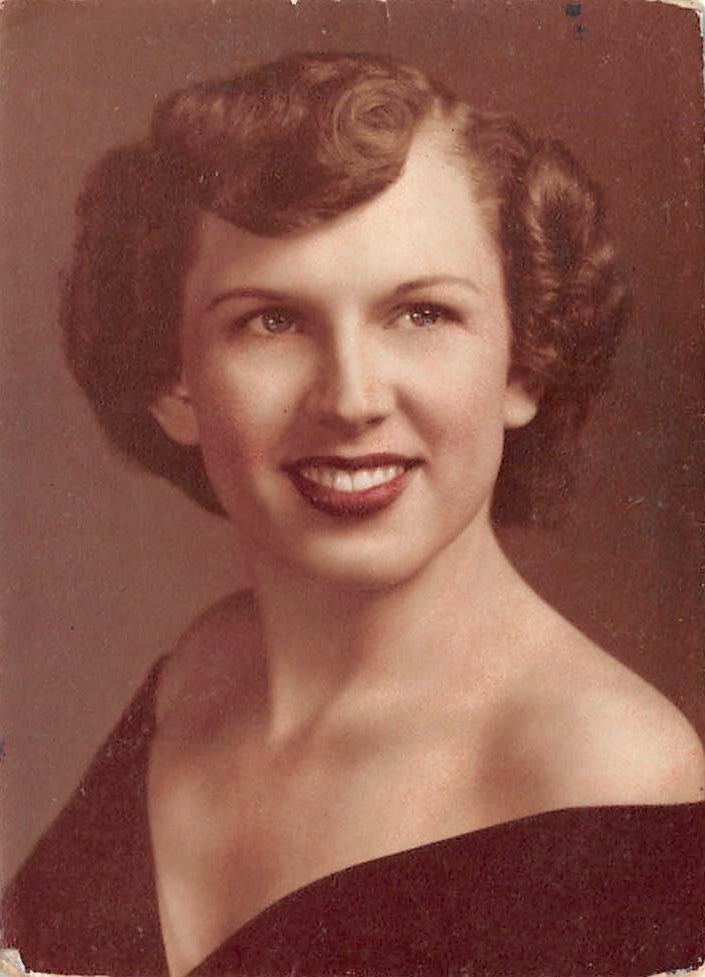 Betty Juanita Daffin Werber (AKA- Cowboy) 6/23/28 to 4/8/19 Betty Juanita Daffin was born on June 23rd in the year 1928 and she was 90 years old. She passed away in peace in her sleep on Monday April 8th, 2019. She was born to her father James B. Daffin and her mother Emmie Ruth Daffin in Atlanta, GA and raised in Marianna, FL. Juanita is survived by her brother James B. Daffin Jr and his wife Martha (deceased), and preceded in death by both her sister Mattie Ruth Daffin Jenkins (Plinkty) and husband Donald Clement Jenkins (Don). She was married for 62 loving years to Lawrence Duke Werber (Larry) who preceded her in death in 2010 at the age of 83. Juanita is survived by her daughter and son-in-law Karen and Eugene Speirs, daughter Karla Mays and son and daughter-in-law Michael and Betty Werber all who reside in the greater Metro Atlanta area. Juanita has eight grandchildren Ami Schwefler and husband Danny, Erin Speirs, Matthew Mays, Andrew Mays, Caleb Werber and Grace and Ian Werber. She also has five great grandchildren Jessica Boulter and husband Ryan, Jake Schwefler and Ellie Mays, Aiden and Xoe Werber. Juanita was also fortunate enough to have two great-great grandchildren Sadie Kate Boulter and Maggie Jane Boulter. Juanita was twice blessed to be part of 5 generations of women first when her mother Emmie was alive as the matriarch and then when Juanita became matriarch. She has numerous nieces and nephews who also all live in the greater Metro Atlanta area. Donna Dubreuiel, Suzanne and Nick Hardin (deceased), Richard and Lavangela (Vangie) Jenkins, Christopher and Natalie Jenkins. Robert and Royce Daffin live in Marianna, FL and her niece Charlotte Daffin who has since passed. Larry and Juanita lived in a varity of locations but spent the past 25 years in Loganville, GA. Juanita enjoyed her family and especially enjoyed getting together for holidays. She made the best German potato salad and the best boiled custard for dessert. She was a great cook and she also like fishing. Juanita worked for years at Honey Baked Ham which led to her collecting pigs. She really enjoyed collecting pigs. Fortunately they were figurines, in which she had well over 100. Juanita was very special to each and everyone one of us and we loved her dearly. We are very saddened that she has passed and we will all miss her very much. May she rest in peace with her beloved husband Larry and enjoy life in heaven with her Lord and Savior for the rest of eternity. A funeral service will be held on Friday April 12th, 2019 at Wages & Sons Funeral home at 1031 Lawrenceville highway in Lawrenceville, GA 30046. Pastor Terry Burrell will be officiating the service. Visitation will be from 10:30am to 11:30am and the service will be immediately following. The Internment will be immediately after the service at Gwinnett Memorial Park at 925 Lawrenceville Hwy in Lawrenceville, GA 30046. In lieu of flowers donations can be made to the Wounded Warriors Foundation, Folds of Honor, The Ronald McDonald House or the Jimmy V Foundation for cancer research.