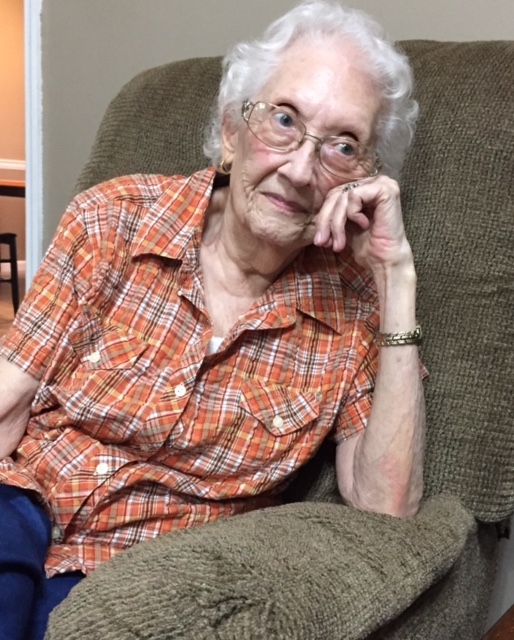 Betty Jean Butler passed away on Tuesday, June 13, 2017. Formerly Betty Jean Kimbell of Decatur, GA. She was the daughter of the late Charles Walker Kimbell, born November 12, 1931. Wife of John Leonard Butler of Stone Mountain, GA, they married on July 16th, 1948 and have celebrated 68 years. Betty was a resident of the City of Stone Mountain since 1954. In addition to her husband she is survived by her children; John William Butler, Beverly Jean Butler Wooten, and is preceded in death by son, Charles Walker Butler. And is also survived by one brother John Donehoo. She has eight grandchildren and thirteen great grandchildren. Betty was a member of Stone Mountain First Baptist Church since 1996, and a teacher since 2000. Graveside services will take place at 11:30 AM Thursday, June 15, 2017 in the Bethel Community Cemetery in Stone Mountain, GA. Dr. Dan Parker will officiate. Visitation will be held at Wages & Sons Funeral Directors Stone Mountain Chapel on Thursday, June 15, 2017 from 10:00 AM until 11:00 AM , In lieu of flowers please send donations to First Baptist of Stone Mountain.