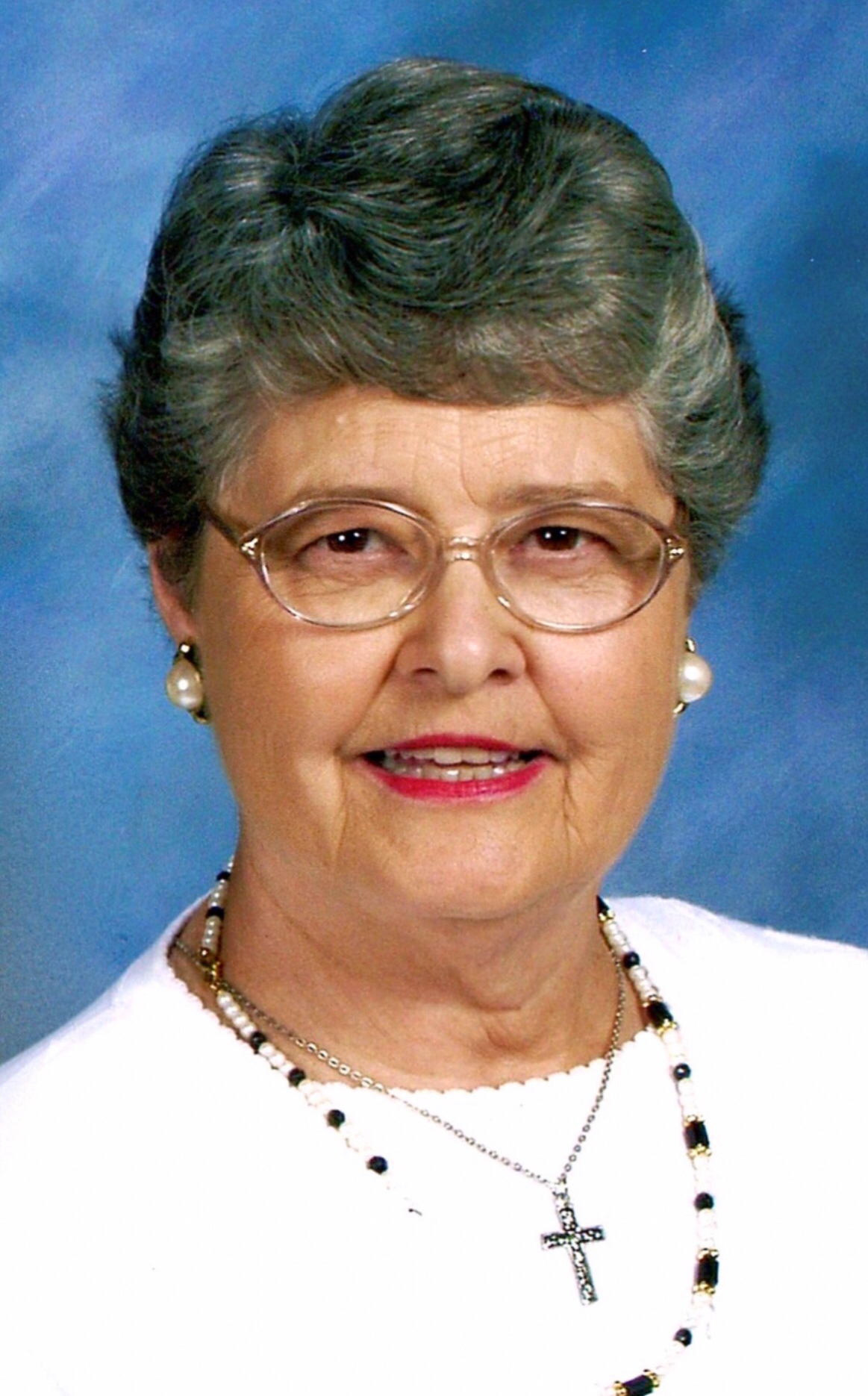 Betty P. Stanfield, age 87, of Tucker, Georgia, went to be with her heavenly father on December 20, 2021, after suffering for many years with Alzheimer’s. She was preceded in death by her parents, Marguerite and Arthur Phillips. She is survived by her devoted and loving husband Gene Stanfield, daughter and son in law, Rick and Susan Hawkins, her grandchildren Paige Hornsby (Nate) and Ryan Hawkins, and great grandchildren Jeremy, Melanie and Natalie.

Betty grew up in Chattanooga, Tennessee and attended Chattanooga High School and McKenzie Business College. She always had a love of music, playing both the base violin in the high school orchestra and the piano. She met Gene when she was working at F.W. Woolworths 5 and 10 store at the jewelry counter. He asked for a date during Christmas break of 1951, and they were married on November 20th, 1955, at the age of 21 at East Lake Methodist Church in Chattanooga, Tennessee. They have been married for over 66 years. After they were married, Betty moved to Atlanta and worked for Eastman Kodak while Gene was in the Navy. Then a move to Raleigh, NC where they had their only child and then another move to Tucker in 1966. Betty started her career with CDC as a secretary/administrative assistant in the field services division for TB, Immunizations, and STDs. She retired from CDC in 1999 after 33 years of service.
When Betty moved to Tucker, she became a member of the First United Methodist Church of Tucker where she sang alto in the Chancel Choir and played bells with a group called The Pioneer Bell Choir. In addition to playing at church, they also performed at nursing homes, assisted living facilities and other churches. She also sang with The Sweet Adelines, a group of women who sing harmony like a Barbershop quartet. Growing up her nickname was Church Betty, and she continued that love of faith and fellowship as a member of the Wesley Fellowship Sunday School Class at church for 33 years.

Betty was always full of adventure and loved to travel and experience new things. She enjoyed snow skiing (until she tore her ACL), boating and water skiing, swimming, cruising and visiting friends and family. She went white water rafting on the Ocoee and the Nantahala. She bowled on a league with a CDC team. She took tap lessons and water aerobics when she retired. She always had a very positive personality, enjoyed being around others, and was very organized.