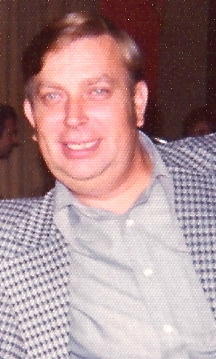 Bobby M. "Pop" Burnette of Lilburn, GA passed away peacefully on Tuesday, September 3, 2013. He died in the comfort of his home surrounded by his family and friends. He was the loving father of four children: Shaeron & Bill Gray of Lilburn, GA; Darron & Kim Burnette of Statesboro, GA; Donna & Jeff Cole of Lawrenceville, GA; and Mike & Ren Burnette of Dacula, GA. He also leaves behind 9 grandchildren and 5 great grandchildren. Bob was known by many for his outgoing personality, positive attitude, jolly spirit, and his integrity. He will be dearly missed. In lieu of flowers, the family would greatly appreciate donations to the Alzheimer's Association, Georgia Chapter, 1925 Century Blvd., NE, Suite 10, Atlanta, GA 30345-3315 in memory of Bob's wife, Miriam C. Burnette. There will be a memorial service in memory of Bob at Wages & Sons Gwinnett Chapel, 1031 Lawrenceville Hwy, Lawrenceville, GA 30046, Saturday, September 7, 2013 at 11:00 am. The family will receive visitors after the services. Online condolenses may be expressed at www.wagesandsons.com.