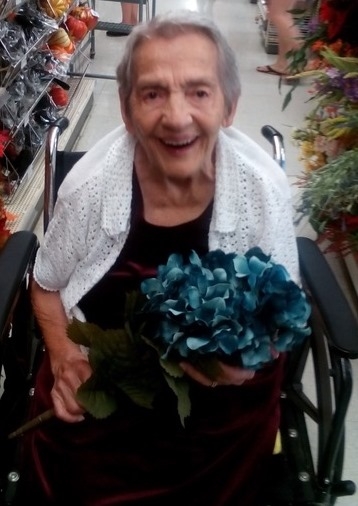 Carmen Beata (née Kapp) Hagan, 97, of Atlanta, Georgia, died on March 21, 2018, after a long illness. Mrs. Hagan was born on August 19, 1920, in Wurmlingen, Germany. Mrs. Hagan is survived by her children, William R. Hagan, and his wife, Kathleen, of Winchester, Virginia, and Michael K. Hagan, of Atlanta, Georgia; two grandchildren, William J. Hagan, and his wife, Marie-Cheryl Edouard-Hagan, of Portland, Oregon; Jennifer Odell Hagan-Rhodes and her husband, Timothy, of Owings Mills, Maryland; four great grandchildren; and by her brother, Winfried Kapp and family, of Wurmlingen, Germany; and other family, in the United States and Germany. Mrs. Hagan would no doubt be pleased at the inclusion here of the names of two women who “adopted” her as a mother, and whom she loved and treated as daughters: Rebecca Westerfield and family of San Francisco, California, and Theresa Westerfield, of Reddington Beach, Florida. Mrs. Hagan was preceded in death by her husband, William H. Hagan; her parents, Josef and Berta (née Mang) Kapp; by her brothers, Josef and Gustav; and her sisters, Anna, Ruth, and Doris. She married William H. Hagan, of Whitesville, Kentucky, on October 1, 1946, while he was with the United States Constabulary in Wuerzburg in then-Occupied Germany. Mrs. Hagan had been a physical therapist during the war, and was pursuing a medical degree at its end. She immigrated to the United States and proudly became a U.S. citizen. Mrs. Hagan always loved children and books, and was a librarian for many years in Owensboro, Kentucky, before retiring. Mrs. Hagan and her husband lived all over the United States, but were especially fond of Key West, Florida, their home for many years. After her husband’s death in 1999, Mrs. Hagan was devoted to gardening and to spoiling her beloved dogs. Mrs. Hagan leaves warm and inspiring memories with her family and many admirers and friends, all of whom are grateful to her for making them better. Even to the end, she was a living example every day to what some say were Michelangelo’s last words: “Ancora Imparo.” [I am always learning.] The Hagan family would be remiss not to note with gratitude the extraordinary generosity of Mrs. Hagan’s great friend, the late Edith Fried of Key West and Norwalk, Connecticut, who left a significant bequest as a special-needs trust for her. That gift made an enormous difference in the quality of Mrs. Hagan’s life in her final years. Mrs. Hagan’s remains will be cremated, and family and friends will be notified of a memorial service to be held at a later date.