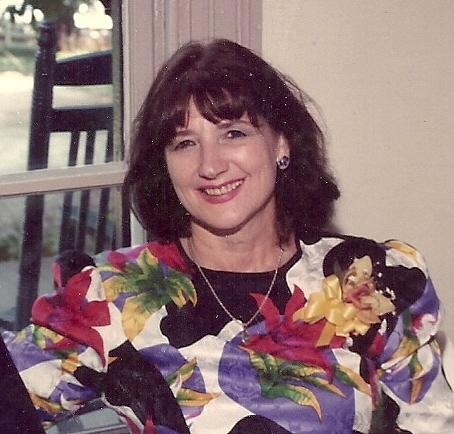 Caroline Isbell Roberts, 84, of Lilburn, Georgia, died peacefully at her home on Oct. 24, 2017, after being diagnosed with congestive heart failure. Born near Nashville, in Donelson, Tennessee, Caroline was a teacher, a mental-health counselor, and an avid world traveler. As recently as this summer, she had snorkeled in Hawaii and searched for beach glass in Dunkirk, New York. A loyal Atlanta Braves baseball fan, Caroline had been trained as a singer and a dancer. In her youth, she performed with the Grand Ole Opry square dancers, and she had opportunities to sing with performers such as the Tubb Brothers. Caroline earned her undergraduate degree from Peabody-Vanderbilt University, where she was a member of a synchronized swimming team. After marrying, she briefly taught modern dance at Oglethorpe University in Atlanta, Georgia, and she raised five children. When her children were older, she earned a Master’s degree from Georgia State University and she went on to become a Licensed Professional Counselor. She worked for many years at Northside Hospital in Atlanta, Georgia, and then at Price Counseling Center in Canton, Georgia. Later in life, she embarked on a series of travel adventures that included dog-sledding in both Lapland and Canada, and tours of Scotland, London, Cambridge, Key West, and many other destinations. With her four grown daughters, she toured the Okefenokee swamp in winter. With a granddaughter, she searched for the Aurora Borealis in Iceland. She fiercely loved her children, grandchildren, and great-grandchildren, and she was never a boring babysitter, having engineered impromptu UFO-search parties, elaborate art projects, and homemade yard-sliding devices. A voracious reader and a devotee of Jungian philosophy who had raised her children in the Episcopal Church, Caroline loved to share stories of her childhood in Tennessee, where she had a pet chicken that she carried around like a baby. She was the daughter of the late Albert Houston Roberts, Jr. and Anne Isbell Roberts. She was preceded in death by her brothers Edward Lee, Jack Lee, and Albert Houston Roberts III. She was proud to be the granddaughter of Albert Houston Roberts, who served as Governor of Tennessee when that state cast the deciding vote on the women’s suffrage bill that finally gave women the right to vote. Caroline’s survivors include daughters Margaret Holt and husband Daniel; Ginger Pinholster and partner Michele Biancaniello; Carrie Wisniewski and husband Joseph; and Katie Pinholster and partner Jonathan Jones; grandchildren Teresa Johnson, Caroline Mahala Pinholster Stahley, and Bart Joseph Wisniewski; great-grandchildren Sage and Lylia-Rose Johnson; nieces Melinda Lee Culver, Mary Lou Adkisson, and Sherry Roberts Neal; and best friend Linda Thomas. Caroline, with former husband Garland F. Pinholster, never stopped loving their beloved son John Roberts Pinholster, who died in 2004. A celebration of Caroline’s life will take place on Saturday, Dec. 2. For further details, friends and family are invited to e-mail . In lieu of flowers, donations to the American Heart Association can be made through Caroline’s online memorial page at https://honor.americanheart.org/goto/CarolineIRoberts.