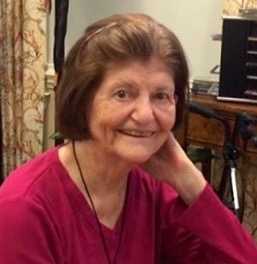 Caroline Jones Barker Caroline Jones Barker died on Oct. 19, at Cascades Retirement Community in Greenville, SC. She was 93. Lettie Caroline Jones was born on Sept. 30, 1924, in rural west Tennessee, where she grew up. During World War II, she worked in a TN munitions factory. Afterward, she earned a bachelor’s degree from Murray State Univ. in Kentucky. After a year working in a school library in Illinois, she entered the master’s program in library science at Univ. of Illinois, where she met and wed Dale Lockard Barker. They were married 61 years. After Caroline and Dale earned their master’s degrees in 1950, they moved to Atlanta. Caroline was a medical librarian at Emory; Dale was a librarian at Georgia Tech, where he became Associate Director for 16 years. Caroline worked at Emory for 9 years, until the birth of her 2nd child. She became active in Girl Scouts; she was Day Camp Director for the Athens area, the year it was first integrated, and some parents pulled their girls out. From 1972 until 1991 she was Head of the Serials Dept. at Florida International University Library in Miami. At Riviera Presbyterian Church in Miami, she taught Sunday school for 20 years and served on the Session. Caroline and Dale returned to Atlanta in 1991 to retire and be closer to family. As in Miami, she played a leadership role as a Session member at Covenant Presbyterian Church, where she also taught Sunday school for 10 years. She loved gardening Atlanta flora as much as her tropical plants in Miami. The couple lived in Atlanta until Dale’s death in 2011. Since then, Caroline has lived in Greenville and been a member of Fourth Presbyterian Church of Greenville. Caroline is survived by two daughters, Catherine Barker Taylor, of Greenville, SC, and Sybil Susan Barker, of Buford, GA; sons-in-law Tim Taylor and Robert O’Brien; grandchildren, Chelsea Taylor Langston and Natalie Taylor Argaw, both of Columbia, SC, and Ronan McArthur Barker O’Brien of Santa Barbara, CA; great-grandchildren, Taylor and Griffin Langston; and a host of loving nieces and nephews. A memorial service will be held on Sunday, Oct. 29, at 3:00, at Park Springs Community Hall, 500 Springhouse Circle, Stone Mountain, 30087. A graveside service will be on Monday, Oct. 30, at 10:30, at Georgia National Cemetery, Canton. Wages & Sons, Stone Mtn, is in charge of funeral arrangements. Either flowers or a tribute donation to roomtoread.org is welcome.