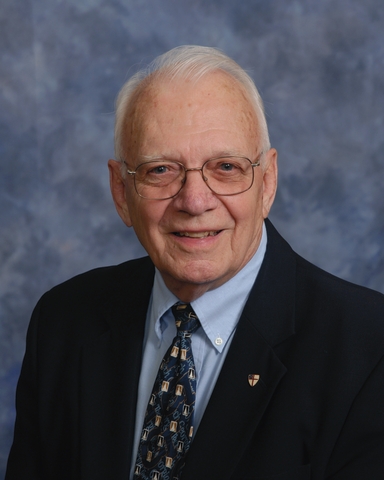 “Charlie” grew up in the Salvation Army and graduated from high school in Dallas, TX. After receiving his undergraduate degree from the Georgia Institute of Technology, he married the love of his life, Carol Dodd Gearing, and then served in the United States Army Signal Core in the Korean War. Upon his return from Korea, he and Carol were blessed with three daughters – Marla, Amanda and Melanie, and Charlie completed a doctorate degree at Purdue University. Charlie taught at the University of North Carolina at Chapel Hill, Dartmouth College, the State University of New York in Binghamton, and the Middle East Technical University in Ankara, Turkey. He also served as Dean of the College of Management at the Georgia Institute of Technology and retired from Georgia Tech as Vice-President of Development.

Charlie never met a stranger. He was passionate about his church, and served in various positions at St. Bartholomew’s Episcopal Church in Atlanta. He was instrumental in the establishment of several ongoing ministries that originated at St. Bartholomew’s, including the Nicholas House shelter for homeless families and the Toco Hills Community Alliance which provides food and financial assistance to families in need. He helped establish the partnership between St. Bartholomew’s and St. Marc’s parish in Bois Blanc, Haiti, traveling to Haiti several times himself. St. Bartholomew’s was more than his church; it was his family. He was particularly well known for greeting any and all new faces after Sunday morning services, rendering a quiet, undetected exit a virtual impossibility for any newcomer.

Charlie was ordained a deacon in the Episcopal Church in 1993, and also served as Archdeacon of the Diocese of Atlanta. After his retirement from GA Tech, Charlie served the local and national Episcopal church as a development officer, helping many parishes and dioceses across the US increase financial security through stewardship and planned giving. He was instrumental in the formation of the legacy society, The Heirs of Anna and Simeon, at St. Bartholomew’s. Charlie played a key role in many other organizations as well, including the Alzheimer’s Association and Kids4Peace, an organization that strives for peace in the middle east by facilitating friendships among children of different faiths in Jerusalem and Palestine.

Charlie and Carol were original members at the Park Springs retirement community in Stone Mountain. They made many friends, and naturally found ways to serve in that community as well. In particular, Charlie established and, for many years, led the Environmental Team at Park Springs. He could frequently be found around the Park Springs campus overseeing the collection of electronics, medications, textiles, etc. for recycling.

Though Charlie gave so much to others, he excelled best at being a husband, father and grandfather. Charlie and Carol were married for 67 wonderful years, and Charlie adored his wife. Charlie was an excellent father to three daughters, and a most involved and caring grandfather (“Papa”) to five grandchildren. His family knew him as a loving supporter with a witty sense of humor who attended every event possible for his children and grandchildren. Many summers were enjoyed together at the Isle of Palms where Papa would lead baseball games, sand castle building, kite flying and boogie boarding.

Charlie will be missed by many, as he gave so much to so many. Charlie’s legacy is the love that he passed on to his wife, children, and grandchildren, and the gifts he shared with his extended family and friends at St. Bartholomew’s, Park Springs and the many other organizations with which he was involved.

Charlie is survived by his wife Carol; three daughters: Marla Gearing, Amanda (Dan) Sanders, and Melanie (Ken) Struble, five grandchildren: Trent, Jenni, Allie (Brett Williams), Kara and Jacob; brother Ray Gearing of Livingston, TX; and numerous nieces and nephews. Two siblings, Fred and Wini, preceded him in death. A celebration of Charlie’s life will be held at a later date. In lieu of flowers, the family requests that donations be made to Kids4Peace International (https://k4p.org/; select “international” under “campaign” on the donate page) or St. Bartholomew’s Episcopal Church (https://secure.accessacs.com/access/oglogin.aspx?sn=99401; select “miscellaneous” and indicate “in memory of Charles Gearing” for the memo).