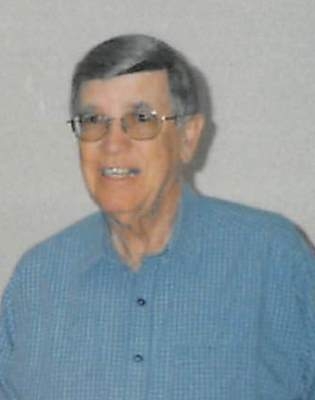 Charles Blalock, age 83, passed away peacefully at his home on Monday, January 9, 2017. Charles was born on December 2, 1933. He earned his Bachelor’s Degree from the University of Georgia and a Master’s Degree from Georgia State. He studied at the Woodrow Wilson Law School and was a registered lawyer in Gwinnett County.

Charles retired after thirty-five years from the Center for Disease Control as an accountant. He was an active member of the ’55, ’56, ’57 Chevy Club from 1975 until the late 1980’s, where he served as President and then later as treasurer of the club.

Charles was preceded in death by his daughter, Vickie Blalock Brown. He is survived by his wife of 59 years, Sandra Blalock; son and daughter-in-law, Terry and Beth Blalock; two brothers: Jim Blalock and wife, Kay and Donald Blalock and wife, Mildred; three sisters: Annette Greeson and husband, Bee; Marie Kennedy and husband, John and Jo Garrison; many nieces and nephews. He was also preceded in death by three sisters: Geneva Dodd, Rena Harbor and Fran Meyers.

A Funeral Service will be held on Thursday, January 12, 2017 at 2:00 P.M. at Wages & Sons Gwinnett Chapel with Rev. Jonathan Spencer officiating. Interment will follow at Gwinnett Memorial Park. The body will lie-in-state from 1:00 P.M. - 2:00 P.M., and the family will receive friends immediately following the service at Wages and Sons Gwinnett Chapel, 1031 Lawrenceville Hwy., Lawrenceville, GA. 770-277-4550. Online condolences can be expressed at www.wagesandsons.com.