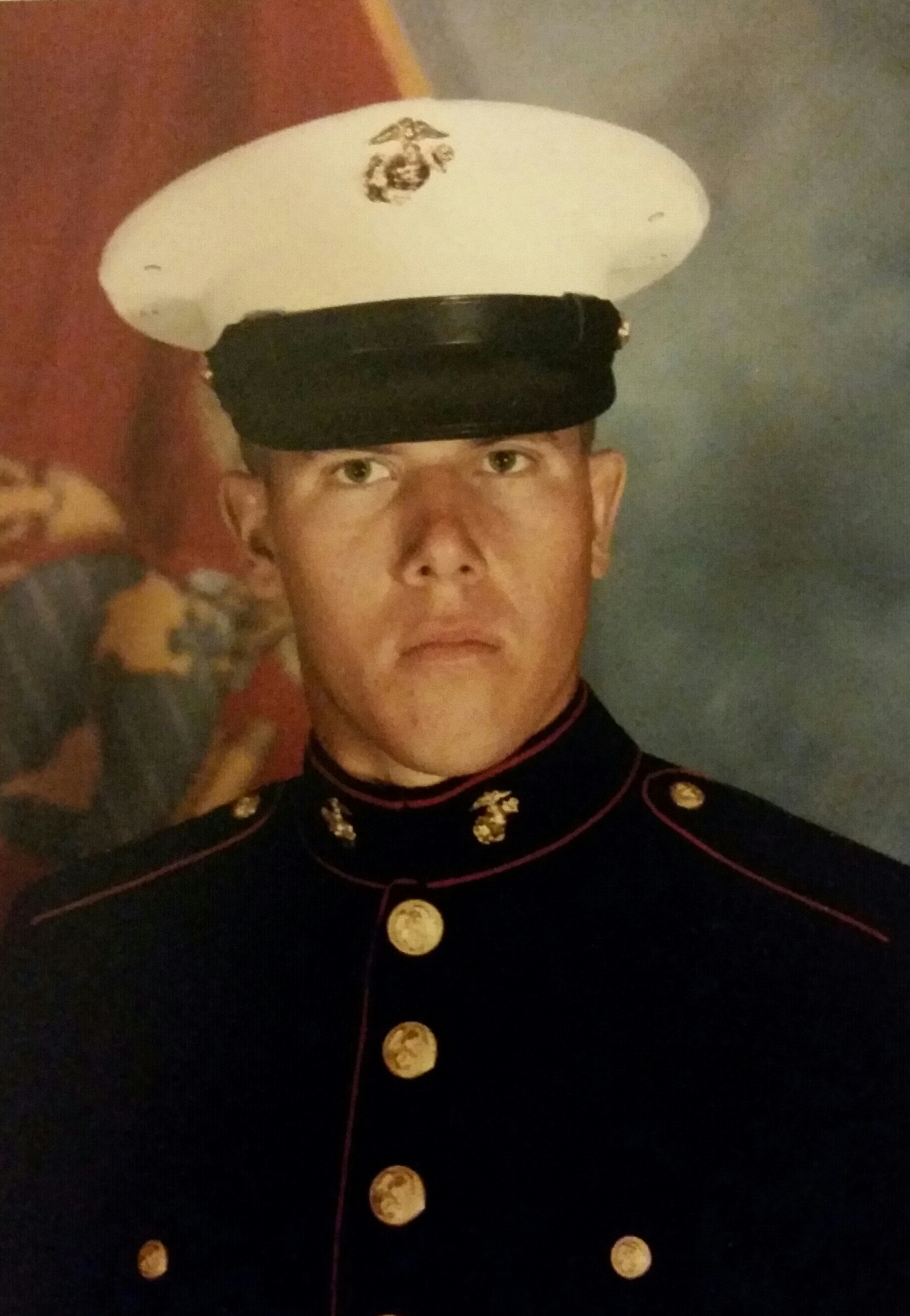 Christopher J. Petersen, age 45, left this world to be with his Eternal Father on September 23, 2016. Chris passed away in his home surrounded by his loving family after a long and courageous battle with cancer. Chris is survived by his parents Chuck and Carole (Nichols) Petersen,; his wife, Robyn L. Petersen; his daughter, Crystal N. Petersen; and his step-son, Christian Palinkas. Chris is also survived by many other relatives and friends, too numerous to mention. Chris proudly served as a United States Marine from 1989 to 1993. He was stationed in Saudi Arabia during the Gulf War. Chris was an avid sports fan and his favorite teams were the Green Bay Packers and the Michigan Wolverines. Chris loved spending time with his family and friends. He was always there for anyone in need. In lieu of flowers, Chris has made a request for donations to be made to Wells Fargo Bank, Account #2340092259,for a cause which is very dear to his heart. Funeral Services will be held at 2:00 pm, Thursday, September 29, 2016, at Wages & Sons Gwinnett Chapel with Minister Donna Jernigan officiating. The family will receive friends prior to the service from 12:00-2:00 pm at Wages & Sons Gwinnett Chapel, 1031 Lawrenceville Hwy, Lawrenceville, GA 30046, 770-277-4550. Online condolences may be expressed at www.wagesandsons.com.