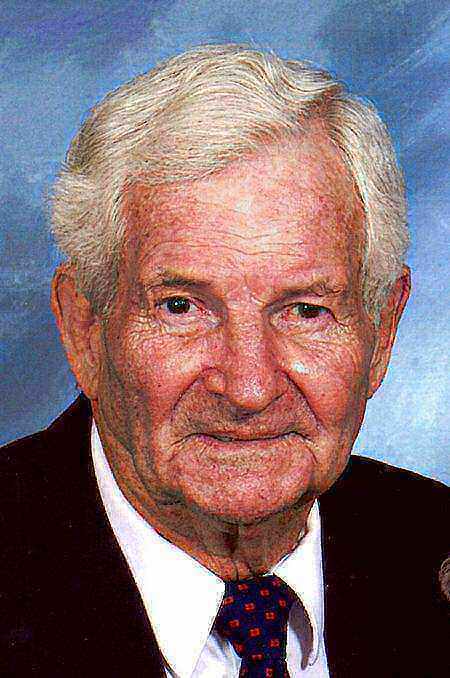 Calvin Matthews Cooledge, 85, of Atlanta passed away December 12, 2012.A native Atlantan and son of Frederick Jerome and Floy Matthews Cooledge, Sr., Calvin attended E. Rivers Elementary School, Georgia Military Academy and the University of Georgia. In 1945 he joined the U. S. Navy and served on the USS Ulysses ARB9. He married Sally Earle Beskow Moorefield in 1951 and together, over the next 60 years, they raised their family in Atlanta. After the Navy and school, he founded Cooledge Construction. Thereafter he worked with several of the leading builders in Atlanta including Van Winkle, Smith Cochran, Cecil Malone and Holder construction firms. A lifelong resident of Buckhead and member of Second Ponce de Leon Baptist Church, Calvin enjoyed sharing stories of his childhood and life in Atlanta. One of his favorite memories was herding cows from the family home on Rivers Road down Peachtree Road to Peachtree Creek for a drink of water then taking them to graze on the site where Piedmont Hospital now sits. Calvin was happiest when working on Gracie, his 1929 Model A, while in residence at Fort Gates, the family's historic antebellum home on the banks of the St. Johns River situated in the middle of the Ocala National Forest. Unlike his namesake and third cousin, President Calvin "Silent Cal" Coolidge, Calvin never met a stranger. He always had a smile and greeting for everyone, a southern gentleman to all. Calvin was preceded in death by his wife Sally who passed away in May of this year. He is survived by their three children: C. Mark Cooledge Teresa of Greer, SC; Rebecca Cooledge Stovall Phil of Atlanta; and Patricia Cooledge-Bollinger John of Key West, FL. He also is survived by five grandchildren: Luke Stovall; Ashley Stovall Allen Will; Joshua Stovall; Morgan Cooledge and Erin Cooledge and sisters Louise Jerome Galfas and Julia "Judy" Ellen Acuff Lindsay and numerous nieces and nephews. His parents and sister Carolyn Harber predeceased him. In lieu of flowers, the family requests donations be made to Buckhead Christian Ministry or to Second Ponce de Leon Family Life Center. A Memorial Service will be held at 2:00 on Sunday, December 16 at Second Ponce de Leon Baptist Church. Visitation will follow in the Church Parlor.