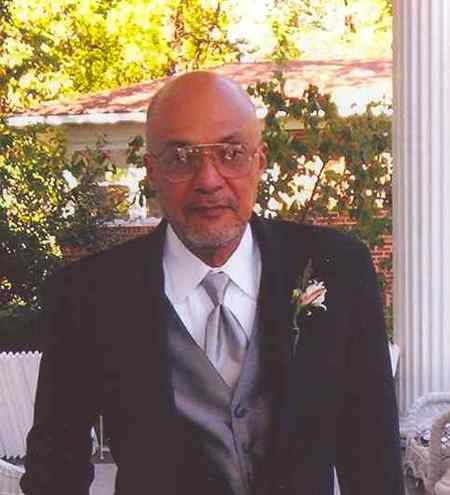 Daniel C. Jacobs Jr., affectionately called "Danny" transcended from his earthly home to his heavenly paradise on May 5, 2012. Daniel C. Jacobs Jr. was born on November 24, 1940, in the Republic of Panama. He was the son of Daniel C. Jacobs Sr. and Myrthle E. Jacobs. His youthful years were spent in the Republic of Panama, where he completed his primary and secondary education. His excellent scholastic ability earned him a position at the Nestle Company in Panama. After immigrating to the United States in 1964, he worked at Lucent Technologies, with an executive position, until the date of his retirement. Danny's history and life story shows that he was a man who believed education to be an essential part of a person's well being. He passed on all his values to his family members, as he was the first of seven siblings. Danny had a very strong disposition; things had to be done his way or no way. One thing can be said of Danny, is that "he did it his way." He was also an Entrepreneur, after retiring. He owned a Hispanic Grocery Store, counseled the Hispanic community and was a general contractor in the Real Estate Industry. Danny passed away on May 5, 2012, and was preceded in death by his daughter Vilma "Mimita" Jacobs. He will be sadly missed by those he leaves behind. His loving wife of 44 years Yolanda R. Jacobs, sons, Carlos Marrero, Ricardo A. Jacobs. Daughters, Fredesvinda Alvarez, Sarah Ibarra, Linda E. Blevins, Yolanda Marrero, Maria E. Donham. Brothers, Lloyd Jacobs, Ricardo V. Jacobs, Sisters, Marva Jacobs, Lucia J.Romney, Lorna J. Rodney, Celia Jacobs and Theresa J. Lewis. 16 beautiful grandchildren and 4 great grandchildren and a host of relatives and friends. May he forever rest in peace. A funeral service will be held Saturday, May 12, 2012 at 1:00 p.m. at Wages & Sons Gwinnett Chapel with burial at Gwinnett Memorial Park. Rev. Michael Sloan will officiate. In lieu of flowers, donations may be made, in Daniel's honor, to St. Jude Childrens Research Hospital. The family will receive friends Friday evening from 6:00 until 10:00 pm at Wages & Sons Gwinnett Chapel 1031 Lawrenceville Hwy. Lawrenceville. 770-277-4550.