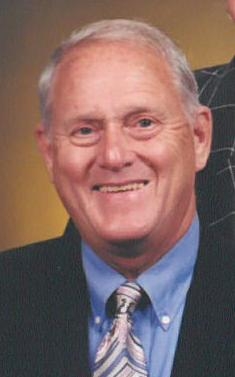 David Ferguson passed away on December 28, 2017 at the age of 83. At the moment he left us, David was blessed to be holding hands with his soulmate and beautiful wife of 59 years, Carolyn, and his beautiful daughter Kimmy. All who know him understand, he would have wished for nothing else. David’s passions for family, country, community, work and college football define his life. Soon after graduation from High School in Stone Mountain, Georgia, he joined the Army, gave two years of service to his country and was honorably discharged. David then began his first of two careers with General Motors. The first began at the Lakewood, Georgia plant working on the manufacturing line. He was quickly promoted to Supervisor and spent the next 39 years with the company, missing work only a handful of days. The second leg of his career with GM began in Daytona Beach after a failed attempt at retirement. Ritchey Cadillac needed a courtesy driver and David wanted to get back to work. The next fourteen years were a perfect match between the dealership and David. He made many new friends throughout those years. Most of those friends know him only as “Fergie”. In addition to his work with GM, husband to Carolyn, father to Kimmy and work in community, David was a Grand Master of the Masonic Lodge in Stone Mountain. His hobbies revolved around family, hard work, early morning walks, NASCAR, The Georgia Bulldogs and pleasant conversation with all lucky enough to encounter him throughout their day. Ferg inspired us with positive energy and kindness. His life was a blessing to many, including: his wife Carolyn, his daughter Kim Lindahl, his son-in-law Brian Lindahl, his grandchildren Michelle and Jason Lindahl and everyone he encountered throughout his days here. David's true legacy is that he presented all who were lucky enough to greet him with the joy of his bright smile and left them with his unbounded hope in their heart. A funeral service will be held Wednesday, January 3, 2018 at 12:00 PM at the Wages & Sons Funeral Directors Stone Mountain Chapel. The family will receive friends from 4:00 PM - 8:00 PM of Tuesday at the funeral home.