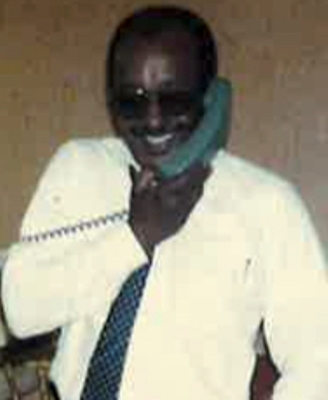 Durban (Mitch) K. Mitchiner, Sr., 79, of Stone Mountain, GA, passed away on Thursday, December 1. A native of Durham, NC, he was born on October 31, 1937, to the late Margaret and Reginald Mitchiner. A loving husband, father, brother, and uncle, he is survived by his wife Tervenia, sons Durban Jr. and Damon, and four surviving siblings: Reginald, Charles, Mary-Margaret, and Nettie. After graduating from high school, he enlisted in the U.S. Air Force, serving for eight years and discharged honorably as a staff sergeant. He was stationed at bases around the world, including England AFB in Alexandria, LA, where he met his loving wife of 53 years, the former Tervenia Radford. Following his military service, he enrolled at Southern University in Baton Rouge, LA, from which he was awarded a business degree in accounting with honors after three years of study. After graduation, he accepted a job as an accountant in Huntsville, AL, with IBM Corporation. Transferred after a few years to Poughkeepsie, NY, he moved in 1975 to the Atlanta area and worked at IBM until his retirement after 25 years of service. Becoming bored with retirement, he accepted a position with the Internal Revenue Service, where he worked until his retirement with 20 years of U.S. Government service, combining eight years with the U.S. Air Force and 12 years with the IRS. Mitch was a complex, humble man who could be funny and enjoyed practical jokes. During a Christmas holiday, he wrapped a brick in beautiful wrapping paper and thoughtfully placed it under the tree for his youngest sister-in-law. She admired the gift daily, trying to guess its contents. When she finally opened the gift, she was puzzled, even trying to open the brick. Everyone had a good-natured laugh from it, and she was equally humored and considers it to this day a fond memory.